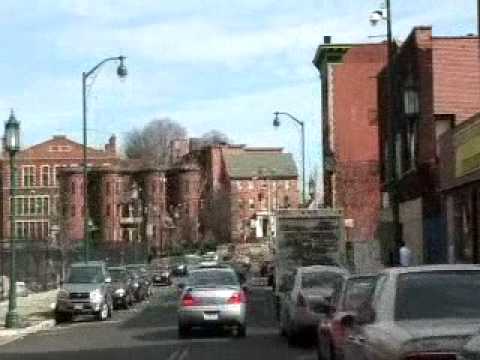 Many years ago I talked with a Hartford Police Officer named Mark Manson. He was a smart young guy who was also interested in telling stories. I recall he told me he had been pitching ideas for a TV series and was upset that “Third Watch” a new series on the air at that time was exactly what he had been pitching. Recently I heard that Mark had made a pilot for a cop series based in Hartford that he hopes to produce. Hopefully for Mark, his persistence will pay off and his ideas and stories will make it to our TV screens.
Here’s the trailer for the Second District:
Watching the trailer it was interesting seeing the streets I have spent so many years doing EMS calls on now on film. Hartford is a small city but, like its sister cities New Haven and Bridgeport, it has always had one of the highest murder and poverty rates in the nation. That statistic is a little misleading because in Connecticut our cities and towns are small and narrowly drawn. If we were in another state, Hartford would likely include many of its suburbs, thus diluting its murder and poverty numbers. Compared to larger cities, Hartford is no more than a bad neighborhood.
While watching the trailer above, I came across the following YOU Tube clip simply titled Hartford, CT. It is just a four minute clip of driving along two of the main streets that run though city — Albany Avenue and Park Street. Watching it is so familiar — it is what you see everyday when you work the city, minus the rap music of course.
The rap music makes it seem so much more menacing that it feels on a daily basis. But then again I think about all the violent calls I have done on these same streets over the years. I picture them as scenes in a TV show now such as The Second District. There is real knife and gun club trauma here on these streets. But those moments are brief. For the most part, there is just day to day life. For every shooting, there are a hundred other calls — mothers getting ready to deliever their babies, kids with asthma, drunks and ODs, people with depression, minor car accidents, diabetic calls, heart attacks, strokes, pneumonias, and people found in their beds, cold and dead of old age.
Here’s a news story about The Second District:
Hartford Officer Pitching TV Cop Show To Networks
Best of luck to Mark and all involved with his project. I hope, if it is picked up by a network, that there are some EMS scenes in it.