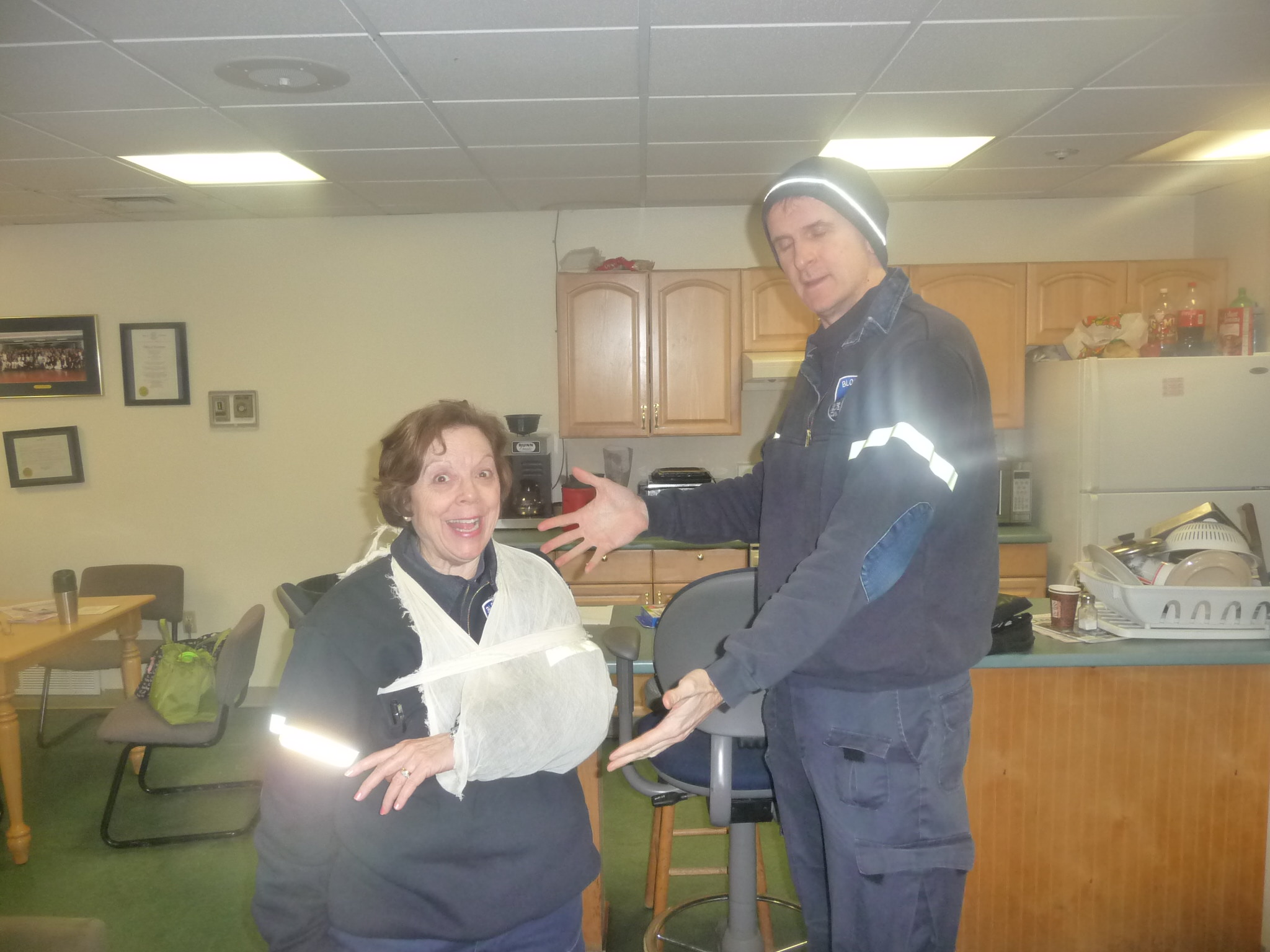 I am today as excited about being a paramedic as I ever have been in my nearly twenty years with the rocker on my shoulder. This morning I came in and checked my gear and ambulance thoroughly. I paid particular attention to the splinting gear located under the bench seat. (There was a traction splint, an old rusted wire ladder splint and several cardboard splints of various sizes and shapes.) You see, what really has me excited is a chance today to splint a patient’s broken limb.
I have been in recent years a strong advocate for pain management. Treating and easing pain has become for me the reason to be in EMS. It is something I can do on the job every day. Cardiac arrests and major trauma — what many define as our landmark calls — are certainly not every day occurrences. Pain management is something we can do every day — something that really makes our patients feel better and thankful for our care.
Last week I had the opportunity to use Fentanyl for just the third time. We have only been carrying the drug for two weeks. I responded to an elderly male, who had fallen in his bathroom and broken his leg — likely his tibia and fibula. After a quick assessment I immediately gave him 50 mcg of Fentanyl IM into his right shoulder. (He was a dialysis patient and has very poor veins, so I made the decision to go right for the IM and get some relief to ease his 10 of 10 pain).
Within minutes, I could see a some relief crossing his face, although he reported the pain was still high — now an 8. Given where he lay, moving him to the stretcher was fairly difficult, but we put a pillow under his leg as we supported it and gently lifted him up. He did grimace, but felt slightly better once we had him supine. I elevated his leg, applied ice packs and padding, and then gave him another 50 mcg of Fentanyl while my partner shoveled the snow from the man’s patio so we could get the stretcher out without too much jostling. In the ambulance, I was able to get an IV — a 24 in the underside of the wrist — and give another 50 mcgs of Fentanyl IM. This last dose seemed to really do the trick. The ride into the hospital was largely pain free. He was down to a 4 on the pain scale, but then just as we arrived at the hospital, he said the pain was returning. Having already hit my standing order limit, I briefly considered calling for another dose. Fentanyl, while working quicker than morphine, does not last as long. But I punted, thinking having already given 150 mcgs to a 70-year-old man, they may not approve my request for another 50 seeing I was in their parking lot already. (I know I should have called anyway.)
At triage, I told the PA who examined the patients along with the nurse, that the patient had a likely broken leg, had gotten 150 mcgs of Fentanyl, which was wearing off and would likely need another dose. She agreed and placed the order. Placing the order however, still does not mean immediate relief. Once we got our room assignment, we took the patient down the hall and gently moved him over, and again, set his leg up on a pillow and some bath blankets. I could see in his grimace that the pain was getting much worse.
I went to the EMS room and wrote my report, and when I returned with it, I looked in the room to say good bye to the patient and it was then that it struck me. Here was my patient, laying in bed despite the 150 mcg of Fentanyl — the hospital ordered dose had yet to be dispensed — and he was still in considerable pain. I looked at his broken leg and it all came to in one big realization. Where was the splint? Sure there was a pillow and ice and some padding, but there was no splint. No secure immobilization to prevent the tiny bone ends from rubbing tissue should the patient try to reposition himself in bed.
Somehow over the years, my splinting had deteriorated from dutiful by the book EMT care to basically putting the broken bone on a pillow and trying to keep the patient still. Perhaps if I had done what as a new EMT so many years ago I had done, the patient would have been more comfortable. Now, I am not saying take away my morphine and Fentanyl and just give me a pile of splints and cravats, but I am saying I recognize a clear area for improvement.
In subsequent days I have sought advice from my peers and from MDs. I have read book chapters on splinting, Googled “splinting,” and just this morning, watched quite a good series on splinting on EHow: First Aid for Splints & Bleeding Wounds: Video Series
Here is one on How to Apply a Shoulder Sling.
This stuff is awesome. My sling and swathing needed a tuneup and I have been grabbing every EMT that walks by and subjecting them to “”Hey, Do you mind if I sling and swath you?”
They think I am crazy. Maybe I am. My dream this morning is to become a Gran Leggo Master of Splinting, a Frank Lloyd Wright of the trade. When I bring a patient into the ED, not only do I want to have given them analgesia, I want to have splinted them with love and care and no spaces in the padding. I want to be able to say to the triage nurse: “Behold, my splint!”

Behold, my sling and swath!