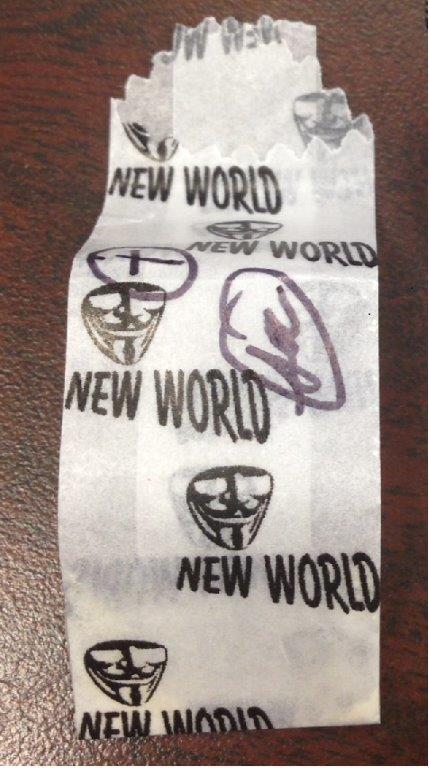 There is a heroin on the streets in the North East now that is putting many abusers into respiratory arrest and killing those who do not get medical attention. The heroin is mixed with fentanyl. It seems every several years this mixture comes out with predictable results. Twenty years ago, it was called Tango and Cash. Today, the street name is New World.

One of our medics did three New World ODs on one shift, I did two respiratory arrests due to the bad heroin in two days, other medics did cardiac arrests, including one who found the needle still in the victim’s arm. A small town to our north has had 4 known OD deaths linked to this brand of heroin, including that of a fourteen year old girl.

During case reviews at our last CME we went over the heroin issue, and I asked for a show of hands for the medics preferred method of giving narcan, the antidote to a heroin overdose, provided the patient has not already arrested due to hypoxia. The hands were almost equally divided between IV (intravenous) and IN (intranasal). I was one of only a few who favored IM (intramuscular). Curiously there was no clear preference among New World (less than four years experience) and Old World medics (ten years or more) as far as mode of delivery.

There are good arguments for each, and some drawbacks as well. Years ago, I used to always do IV. The reasoning, as had been taught to me, was it is easier to get an IV on an overdosed patient than on an awake agitated one. I followed this method for a number of years and after awhile stopped being surprised when the awakened patients swore and pulled out the IVs and stormed away. It should be noted that back then, I tended to use larger doses of narcan than I do today. I would likely have given between 1.2 and 2 to start. Now, should I use the IV route, I give 0.4 mg and only enough to get them breathing on their own, not to wake them up. One of the best arguments for IV narcan is that you can give it incrementally in 0.4 aliquots as needed.

The IN route is fairly new to us, and I have used it several times now, and must admit, I am not enamored with it. The benefit is that it is needleless, and that it is a mild way of reversing an overdose. The drawbacks are that, in my experience, it takes a fairly long time to work, and thus may require you to continue bagging for three, five, and in a case reported to me, up to 15 minutes before it fully kicks in. I do think sometimes, it actually works quicker than that. I have studied capnography strips after the fact and seen a lowering of the ETCO2 that began sooner than evident to my observation, and after all hypoventilation is our goal, not opening their eyes.

I confess there have been two occasions where I was not patient enough with the IN narcan, and gave a second dose, once IM and once IV, and those second doses combined with the initial IN amount produced some diaphoreisis and agitation in my patients that I would have rather avoided.

I guess for me my two main issues with the IN use is A) I have to use 2.0 as a dose, and B) I don’t know for awhile whether or not it will work, and I don’t particularly want to have to wait that long to find out if it is not going to work. And if it doesn’t work, the next step is IM or IV narcan. I would prefer to just jump to the step that has a higher success rate.

Here’s why I prefer IM. It is the quickest to work (assuming you don’t already have an IV line). I have found it to be milder than IV narcan on the patient. If the patient is not in respiratory arrest, I still only use — 0.4 and for the most part that dose will get the job done. If, on the other hand, the patient is blue and cyanotic, I may use 1.2 to start. The drawback of course with IM, is if you want to give added doses, you need to give additional injections. What I chose to do, is give an IM injection, then get an IV, and if they need more, I can go the IV route. This works for me.

I should add, a fourth route that I did do a few times many years ago, again following the lead of the older city medics. For patients in respiratory arrest, I would “hot-wire” the patient. In other words, I would inject the drug directly into the vein, often the EJ (external jugular). I found this to be a showy, sometimes slightly bloody, and unnecessary method.

Depending on your help on scene, there should be no real rush, as your partner and any first responders should be using a bag valve-mask to breath for the patient.

I think any of the three methods of narcan delivery are acceptable, depending on circumstances, provided they are used judiciously. New World (IN) or Old World I(M, IV) way, the key is to get the person breathing on their own and keep them from going into withdrawal.

As far as circumstances, a fellow medic told me of doing a respiratory arrest in a car where the patient had a German Shepard in the back seat who was making patient contact difficult. He was able to reach in jab the patient with IM narcan, and then eventually, used a long backboard (who says they are of no use), to jam it between the patient and the dog, enabling him and his partner to safely extricate the man. When asked how he thought to use the backboard in this way, he cited childhood experience going to the circus and watching them slide the board into the lion’s tunnels to keep them from returning to the ring. Paramedic ingenuity!

In my next post, on this topic, I will address the issue of IN narcan for first responders and patient’s friends and family members.