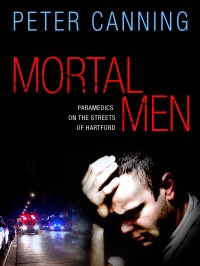 In the late 1970s and 1980s, the G——Motor Lodge out on the Turnpike was the place to take your girl for a swinging good time.  Mirrored ceilings and heart shaped Love-Tubs.    The brochure featured a hairy-chested mustachioed man in a velvet bathroom holding a bottle of champagne in one hand and a filled glass of the same in the other.  Need I say more.
Whenever I returned to Connecticut with a new friend from a different part of the country, my New England tour for her included three stops — Fenway Park to see the Red Sox,  Cape Cod to see the Atlantic Ocean and the G–  to see the Love Tub and mirrored ceilings.  All three were big hits.
Times change, years pass, we grow old, and so did the G—.  It’s still open, and while it looks the same form the outside, the clientele has changed.  It is a welfare hotel now.  We get called there periodically for several day old dead bodies, drunks, psychs, and assaults.  The last time I went there was for a lift assist.  A man of my age who life has treated much worse than it has me.  He was morbidly obese with a foley bag dangling from him and smelled like he hadn’t bathed in days.  The room was layered in dirt, an old style 24 inch TV sputtered on a cable-less channel.  Empty liquor and beer bottles were lined up on the dresser like a dusty trophy rack.  (Alas, none were champagne.)  A home health aide was there to check on him and was unable to lift him back into bed, which is all he wanted as he said he was not hurt.
We donned our gloves, and lifted him back to the edge of the large wooden canopied bed.  Not an easy task.  While my partner checked him out just to make certain he was not hurt and to again offer him transport, I saw still there, albeit with some cracks, was a large mirror lining the ceiling of the canopy.
I wondered then what the man saw there now when he lay alone in his bed at night.  Did he see what he had become?  Or did the mirror still hold some magic?  Did he see his old mustachioed self?  And perhaps in the mirror, he was no longer alone.