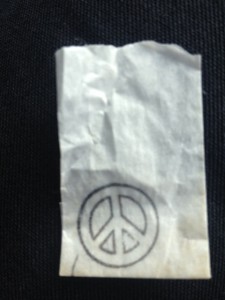 In the Looney tunes cartoon, Ralf E. Wolf and Sam the Sheepdog go to work each morning, exchanging greetings while punching the clock.
“Morning, Ralph,” the dog says.
“Morning, Sam,” the wolf replies.
Then it is down to business. The wolf spends his hours trying to steal the sheep and the sheepdog spends his hours trying to stop the wolf.
At the end-of-the-day when the factory whistle blows, Ralph and Sam punch out, wishing each other good night, before heading home presumably to their families, a hot dinner, and a sound sleep. They return the next day to do it all over again.
It is a vision of the world that I would like to believe in. I sometimes think of Hartford in the same terms. In the morning at the bakery on Park Street, there are drug dealers, drug users, police and paramedics all in line for their coffee, doughnuts, or breakfast sandwiches. Everyone is convivial. Then it is off to work.
The dealers try to sell their product, the cops try to stop them. The users try to use, and we try to see that no one gets hurt.
When I respond to the city lockups or even on arrest scenes where we are called to evaluate a person in handcuffs who may have fallen during a foot pursuit, there is often a common courtesy, even friendliness, among everyone in the same way that players from rival sports teams may chat at halftime or during timeouts. This, of course, is not always true as there are often times where there is a certain chest-puffing, accompanied by profanity and anger, between victor and the fallen. Still, I like to think there is a comradeship of us all belonging to the same city and same species. I remember after the UConn Men’s basketball team won their first national championship in 1999, shocking the world by upsetting Duke, everyone in the jail house was in high spirits, cops and robbers both, saying “How bout those Huskies!”
An idealist, I believe we are all, at essence, just people, following the course of our lives that we don’t always control. I was more likely to become a paramedic than a drug dealer. The cop came from a family of cops, the drug dealer from a family of drug dealers, the drug user found himself there after an accident, prescription painkillers that he grew too fond of, or maybe a childhood of abuse that rewired his brain and made him less likely to make the proper choices. I, of course, ended up there because I watched the TV show Emergency and had a crush on Dixie McCall.
As a paramedic, I have had, in my ambulance, injured cops, shot drug dealers, overdosed users, and fellow EMS responders with blown-out backs. They are all patients and I treat them the same. We have conversations, we talk about our families. I believe there is a fundamental goodness in most of us.
But clearly there is darkness in the world. There are cops who cross the line, there are paramedics who don’t give a shit, and there are drug dealers without conscience.
I am going to take the position that not all drug dealers are evil at core. Bear with me on this. There are some dealers who I believe are honest businessmen who just want to make a living, and who adhere to basic principles. They provide a product to people who would be sick without it, people who come to them freely. They pay their associates fairly, they charge fair prices, and they deliver the product they advertise. They don’t rip their customers off. They develop a clientele, who they look out for, sometimes extending credit during hard times, maybe giving them an extra bag at Christmas or on their birthday. These dealers do not want their patients to die.(1) They want them to be Happy, to feel Passion, to find Peace. These dealers and there may only be a few — I do not know –are a different breed from those who have only darkness in their hearts. Those dealers are the ones spiking select doses of their heroin with fentanyl to deliberately cause fatal overdoses to increase advertising for their brands. Those predators are the ones who put Carfentanil in their bags a drug that could kill not only the patient, but the cop, the medic, the lower level drug dealer selling it on the street and the child who picks up the wrapper with the panda bear on it . They are the villains who cross the line in the same way a rogue police officer delivers an unnecessary beat down or a paramedic lets a patient die out of laziness or spite. There was no pure evil in the Looney Tunes world, but that was after all just a cartoon.

1) Writing this, I had a vision of a benevolent dealer who along with the bundle of Crazy Monkey gives each customer a small plastic shopping bag containing clean needles, Narcan, and pamphlets about where to get substance abuse treatment.