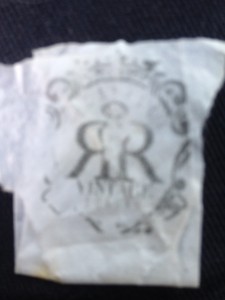 Hartford Cops: Rash of Heroin Overdoses Part of Upward Trend
After a lull of a few weeks, the overdoses started going out again this week.  An hour after I left work Tuesday night, there was a triple OD that is widely being reported in the news, along with two other overdoses not long after.  The papers haven’t reported it, but I know of an additional overdose earlier in the day, who required two mgs of Narcan intranasal to resuscitate as well as a presumption the next day that the medics believed to be heroin related — a young person with a heroin history found cold and stiff alone at home with no apparent trauma.  That person once toxicology reports are in may well be be added to the list of heroin deaths in the state that is estimated to reach almost 900 this year.
The police are working overtime to determine if this is due to a new bad batch of heroin (perhaps with Fentanyl) or just an anomaly.  My money is on a bad batch.  The police released pictures of the two brands found at the scene.  One skull and cross bones, which has been all around town for almost two months, and the second — RR Rockafeller, an Australian apparel maker insignia, which is new this week.  The police say they not only want to find and arrest the dealers behind the heroin, they want to alert the substance abusing public to be careful.  I applaud them for this!  Police departments all over the country are recognizing that heroin users are a vulnerable population who need help rather than scorn.
Users will act in two ways due to the publicity.  Some will seek the brands out, hoping it will give them the El Dorado high they have been looking for since they were first seduced by heroin.  They may be cautious about using it, but some will get greedy and no doubt do too much.  These are people whose brains are not functioning properly due to the circuitry damage the disease has inflicted in their heads.  Other users will take caution.  They don’t want to die, they just want to get through the day.  These people need to be warned.  Fortunately the police are working with community groups to get the word out and help keep people safe.
As far as EMS, we need not only to keep doing our job as we have been, but we need to explore other avenues to help.  These include: