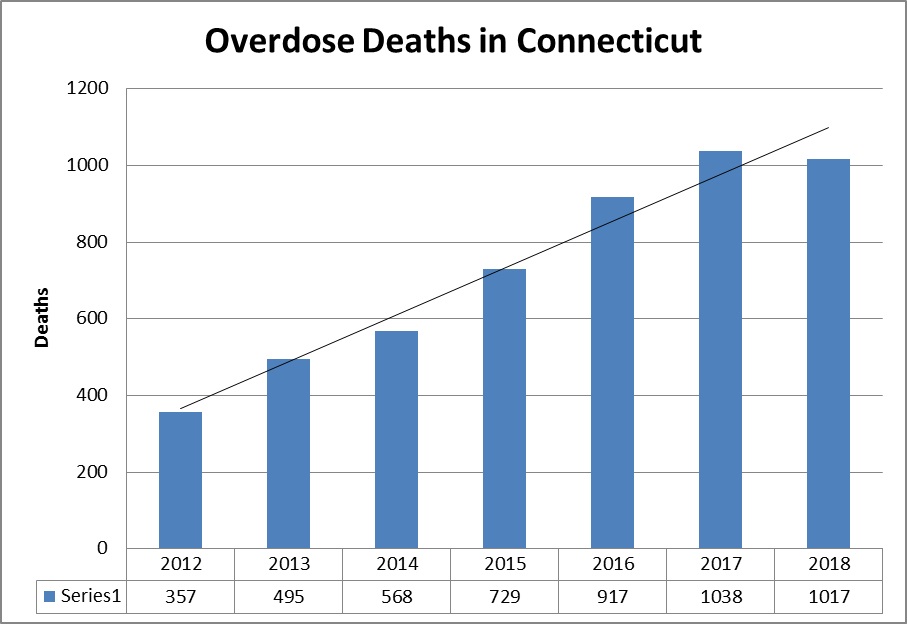 The official death numbers for 2018 are out from the Connecticut Medical Examiner’s office.
Connecticut Accidental Drug Intoxication Deaths
1017 people died in Connecticut of accidental overdoses, down 21 from 2017.  This is the first decline (albeit minor) after six years of escalation.

Still  much work to go before we can rest.
***
Here’s a town by town breakdowns of deaths by residence and deaths by overdose location.  95 of the fatal overdoses occurred in Hartford.
CT Drug Overdose Deaths Town-By-Town In 2018