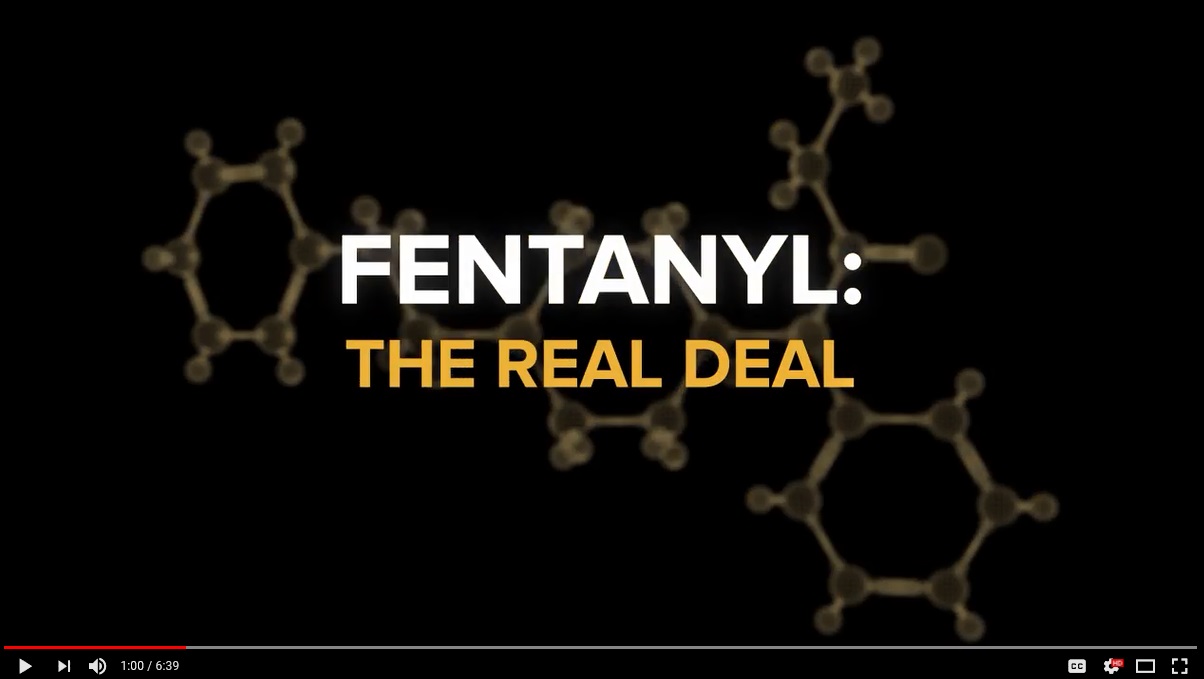 “Falsehood flies, and truth comes limping after it, so that when men come to be undeceived, it is too late; the jest is over, and the tale hath had its effect.”- Jonathan Swift, Gulliver’s Travels

This week, the San Diego County Sherriff’s Department posted a video purporting to be a deputy overdosing after minimal contact with fentanyl powder and requiring naloxone resuscitation.  The story was picked up by newspapers all over the country, including the Los Angeles Times.

For the average reader, this is pretty scary stuff.  Now there is no doubt that fentanyl is responsive for hundreds of thousands of deaths.  But those deaths occur when users deliberately inject fentanyl into their blood stream, inhale directly into the nose, or ingest fentanyl contaminated pills.  People do this many times a day and rarely overdose.  The overdose is usually caused by disproportionate mixture of fentanyl in the powder or pill.  People are not dying merely from coming into close contact with fentanyl.

There was a rash of these stories that began back in 2016 when the DEA released a two-minute video, Fentanyl: A Real Threat to Law Enforcement.  Jack Riley, the deputy administrator, opens the video by stating that “a very small amount (of fentanyl) ingested or absorbed through your skin can kill you.” He introduces two police detectives who describe their experience with a fentanyl exposure. One detective describes how, in sealing a baggie of the drug, some of it “poofed up” into the air, and the detectives ended up inhaling it. “I felt like my body was shutting down,” the other detective says. “People around me say I looked really white and lost color. And it just really felt like . . . I thought that was it. I thought I was dying. That’s what my body felt like. If I could imagine or describe a feeling where your body is completely shutting down, and, you know, preparing to stop, stop living, you know, that’s the feeling I felt.” The first detective adds, “You actually felt like you were dying. You couldn’t breathe, very disoriented. Everything you did was exaggerated in your mind, I guess. It was the most bizarre feeling that I never ever would want to feel again. And it was just a little bit of powder that just puffed up in the air.” Riley concludes, “Fentanyl can kill you.”

As I watched it, I thought about being a paramedic for more than twenty years. What they were describing didn’t sound like an opioid overdose. People who use heroin describe it as the most wonderful feeling they have ever experienced. They feel euphoria. The comedian Lenny Bruce described it as like kissing God. They give up everything they have to “chase the dragon.” What these detectives were describing didn’t sound like an opioid reaction; it sounded like anxiety.

The next year the DEA  released Fentanyl: A Briefing Guide for First Responders. It includes the following passage:

Personnel should look for any cyanosis (turning blue or bluish color) of victims, including the skin or lips, as this could be a sign of fentanyl overdose caused by respiratory arrest. Further, before proceeding, personnel should examine the scene for any loose powders (no matter how small), as well as nasal spray bottles, as these could be signs of fentanyl use.

Opened mail and shipping materials located at the scene of an overdose with a return address from China could also indicate the presence of fentanyl, as China-based organizations may utilize conventional and/or commercial means to ship fentanyl and fentanyl-related substances to the United States.

I had to read the passage several times to make certain I understood it. I focused on one key phrase: “before proceeding” The DEA was saying that before treating a person with agonal respirations–someone moments from dying–emergency personnel should check the scene for packages from China.

I wrote in this blog, “If a patient is unresponsive and cyanotic, breathing two times a minute, unless they have fallen into a Scarface mountain of powder or any amount of powder that I think might compromise my ability to perform my duty of saving their life, I am going to put my gloves on, don my N-95 mask, grab my bag-valve-mask and start breathing for them. I am most certainly not going to wait to treat the patient until after I have scoured the cluttered room for hidden packages from China.”

The DEA’s warnings led to a rash of fake overdoses being reported as real, and one community in Massachusetts even spent $75,000 on a hazmat response where three people overdosed.

The LA Times, in a story about a drug overdose scene in July of 2017, warned that “a small dose of the odorless white power can be fatal.” The story described the police response to an overdose call: “Officers have been trained to ‘back off’ when they come across white powder and an unconscious victim at the scene of a call.”  It was unclear from the article how long treatment was delayed to the three overdose victims, one of whom died. My hope was that medics, with proper personal protective equipment (PPE), were allowed to go right in to treat the patients. Police corporal Bertagna is quoted as saying, “A woman and three children were also found in the 800-square-foot apartment and removed.” Bertagna continued: “They, along with the officers and paramedics, all underwent decontamination, essentially an intense shower.” The fact that a woman and three children were alert in the same apartment suggested that the scene was safe.

On July 27, 2017, the American College of Medical Toxicology and the American Academy of Clinical Toxicology had to issue a joint statement, Preventing Occupational Fentanyl and Fentanyl Analog Exposure to First Responders, stating that “the risk of clinically significant exposure to emergency responders is extremely low.”

I nationally known toxicologist I spoke with suggested you would have to sit in a bathtub full of fentanyl for an extended period of time for it to have any effect on you.  Transdermal fentanyl patches which are specially designed to provide medicine through the skin take hours to work.

I thought these stories had finally come to end and then the San Diego story surfaced.  You would think the Los Angeles Times would call medical experts and ask their opinion and then report it with more weight than a Sherriff claiming his deputy had overdosed on fentanyl.

Imagine a story in a legitimate newspaper.  Headline – BOY PURPORTEDLY ABDUCTED BY ALIENS, but the article has no scientific evidence of the abduction only quotes from board members of the UFO Society who  say aliens are responsible for hundreds of thousands of childhood and pet disappearances.  Buried in the article, a professor at MIT says, “the boy’s story is not plausible.”  Then the article ends with the boy’s father saying, “My boy would have died if I hadn’t grabbed his foot and pulled him out of that space ship.”  That’s about what happened with this story.

If you want to read more about this issue, read chapter 14, “Responder Safety” of my book Killing Season: A Paramedic’s Dispatches from the Front Lines of the Opioid Epidemic, in which I discuss the issue of fentanyl safety.

The New York Times weighed in on the San Diego incident.

As of today, the Sherriff’s office still has the video posted on their site despite demands that it be retracted — a letter from a concerned group of health professionals, first responders, public health researchers, drug journalists, and people with lived experience.  (I am one of the 170 people to sign it to date.)