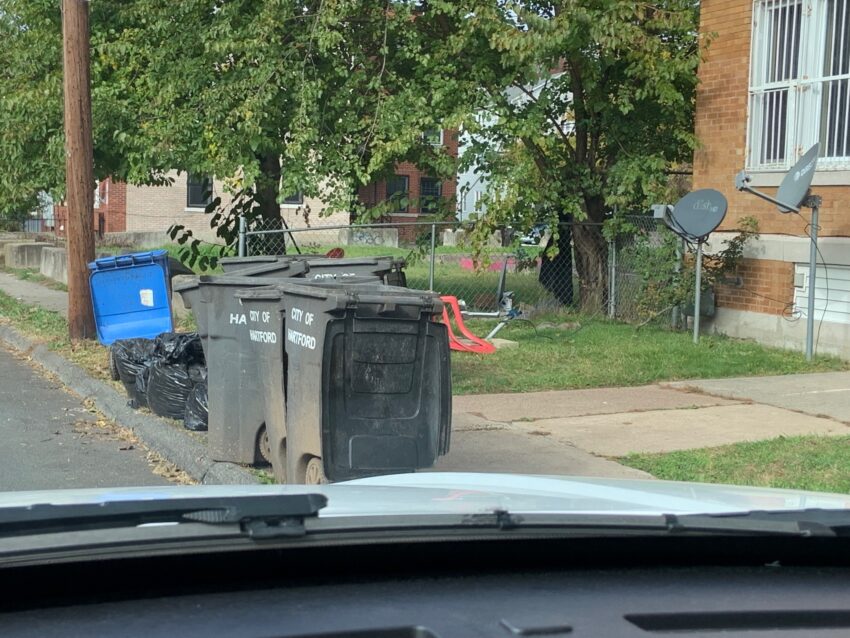 A firefighter has already bandaged the patient’s head by the time I arrive in the fly car.  The man sits on the front stoop looking like the fifer in the revolutionary war painting of the three marching wounded soldiers the way his head is wrapped.  The firefighter points out the puddle of blood in the road and explains how witnesses say the man tripped on the curb and hit his head.  “He has a pretty deep gash.”

“How’s his mental status.  Is he all there?”

I nod.  That would explain why the man mutters to himself and grabs at invisible bugs in the air.

“She’s on PCP, too.” A short woman in the pink dress stands next to the man.  She opens his tattered wallet that she has fished out of his pants pocket.  She takes out the only cash – a dollar bill—and puts it in her bra.

“Is that his wallet?”

She looks at me like she is not certain I am standing there — like maybe I am a seven foot lizard, or more reasonably just a hallucination. She goes back to looking through the wallet, slowly pulling out and staring at each card.

“Do you have his ID in there?”

The woman pays me no attention

“Are you going to tell me?”

“Okay, we need to take you to the hospital as soon as the ambulance gets here.  You have a head injury.”

He doesn’t respond.  I don’t think he even knows someone is standing next to him.

The woman now has the man’s state card out.  She leans down.  “Beanie, Beanie, what’s your PIN number? Tell me your PIN number.”  She holds the card out in front of him.

“Beanie, your PIN number, tell me your pin number.”

I can hear the ambulance siren approaching.  “We’re going to take you to the hospital. You need to get that head looked at.”

I take my cell phone out and turn the camera on in the selfie mode.  “Look that’s you,” I say.  “You’re all mashed up.”

He looks at the person on the screen — a man with a bloody bandaged face, but says nothing.

“You fell and busted your head.  Look at all the blood in the road.”

“I’m not going to the hospital.”

“That’s okay. We’ll take you to the ER instead. That’s the better place for you.”

“Nothing wrong with me. I’m good.”

The ambulance stops in the road, its red lights flashing.

I motion to the medic in the passenger seat to come over.  I am going to tell him his patient has a head injury, and is also on PCP.  It will be a challenge getting the man on the stretcher.

A brown and white pit bull is jumping up against the driver side door.  In the middle of the road a second pit bull stares at the ambulance front grille.

“Beanie, Beanie,” the woman whispers.  Her lips are inches from the man with the bandaged head’s ear.  “Tell me you PIN number.  Tell me your PIN number, Beanie.”