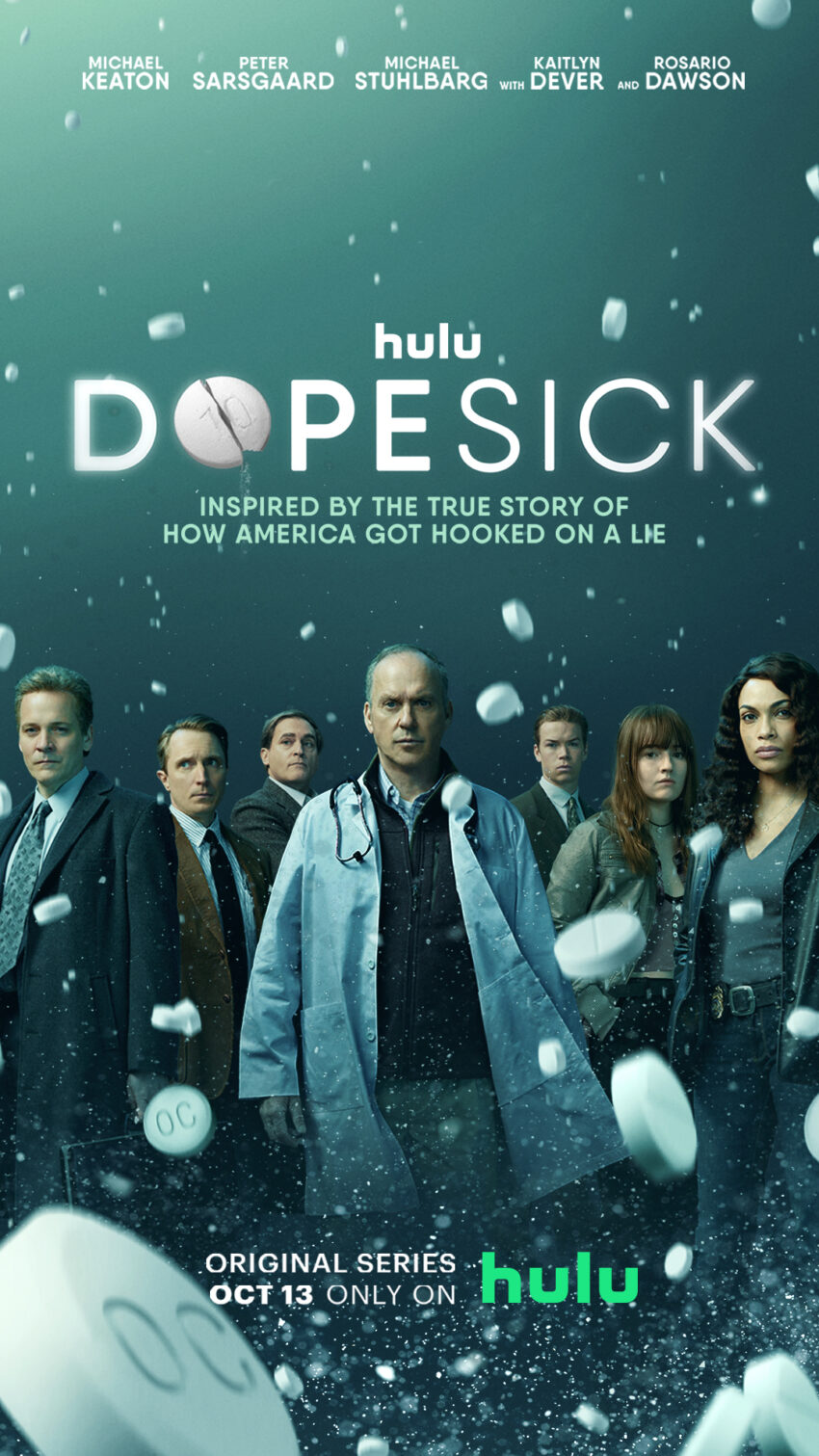 “Dopesick” is a new eight-episode series dramatizing the start of the opioid overdose epidemic that originated with Purdue Pharma’s marketing campaign for oxycodone .The series is populated with a fictional cast of characters, including a country doctor (Michael Keaton), a young woman injured in a coal mining accident and her parents who struggle to understand her addiction, an earnest young drug salesman, two US attorneys and a DEA agent (Rosario Dawson) who fight to combat the powerful drug company and Purdue’s bought and paid for allies in the FDA and Congress.  I’ve seen seven of the eight episodes, and I can tell you this is riveting TV that will move, startle and anger you, and I hope by the final episode, inspire you to help change this country’s approach to the epidemic.  The producers and writers did an amazing job taking the facts of the epidemic and turning them into compelling drama that should engage a wide audience.

What Purdue Pharma did was criminal, and it unleashed on this country a tragedy of epic proportions.  As a paramedic, with each corpse I stand over and run my six-second strip of asystole (flatline) before announcing the time of their death presumption, my own rage grows.  This series aims squarely at the Sackler family, in particular Richard Sackler (Michael Stuhlbarg), as the bad guys, but also directs its wrath at FDA and DEA officials who went easy on Purdue before joining Purdue in high paying private sector jobs.  Why no one from Purdue has ended up behind bars while users, who sell $3 bags to support their addiction, are locked away for years is stunning to me.  It is a testament to the power and the influence of money on our political system.

Unfortunately, exposing and damming Purdue Pharma doesn’t end this epidemic.  The dead remain in their graves with countless more ghosts joining them with no end in sight, souls lost forever to the living world.  There are more parts of this epidemic to follow, the rise of heroin after Purdue comes out with a tamper-resistant oxycontin, and the current and most dangerous wave of fentanyl poisoning the drug supply and turning each hit into a game of Russian roulette with the reaper.

Dopesick should convince those who watch and hopefully those in power that most of those affected by this crisis were afflicted through no fault of their own.  They got hurt or sick and trusted their doctors and trusted their regulators and elected officials to protect them, but instead they suffered addiction, stigma, jail, failed rehabs and death.

We have a chance in America to fix this and end the deaths if we pursue the scientifically evidence based avenues of decriminalization, safe injection sites, medical opioids, and a safe legal drug supply.  Instead we are likely to get more arrests, more jail time, and more deaths by following old and failed, but politically expedient policies of the past.

Watch Dope Sick.  Follow Michael Keaton’s journey, feel the heartache of parents, witness the  Richard Sackler dark villany, cheer for Rosario’s passion.  Then commit yourself to educate your neighbors and community about stigma, harm reduction and call for a shift in resources from the criminal war on drugs to a humane public health approach based on science.

Dopesick premiers on Hulu on October 13, 2021.  It is loosely based on the book Dopesick by the journalist Beth Macy.