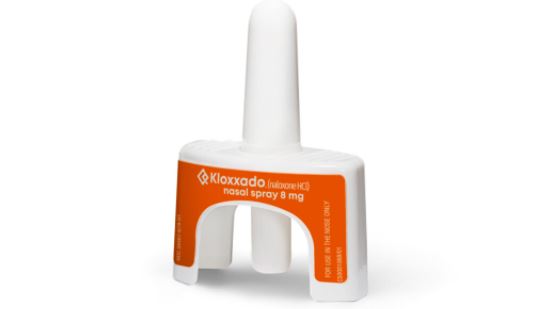 This week I was asked by the Connecticut Alcohol Drug Policy Treatment SubCommittee to comment on the new FDA approved high dose 8 mg naloxone product, Kloxxado, from the EMS perspective,   Here’s what I told them:

2. It has not been proven that higher doses of naloxone are needed to reverse fentanyl overdoses.

3. High dose naloxone is more likely to cause precipitated withdrawal than traditional doses.

We in EMS are taught to assist ventilations and administer naloxone at the lowest dose possible to achieve spontaneous ventilation/oxygenation.  The goal is not to fully wake the person up, but simply to restore their ability to ventilate/oxygenate themselves.  I typically administer naloxone at 0.1 mg/min when I have an IV or 0.4 -1.2 IM if I don’t.  I give 1.2 mg for patients who are blue and apneic.  0.4 if their breathing is agonal.  I rarely ever give more than 0.4 IV and rarely need a second dose if I deliver it IM.

The two studies the drug companies seem to use most  that show EMS is using more multiple doses than in previous years did not take into account the route (IV, IM or IN), what the doses (.04 or 4 mg) were or time between doses (1 -5 minutes) or who had administered the doses (layperson, PD, Fire, EMS).

Who receives naloxone from emergency medical services? Characteristics of calls and recent trends

Other research has shown despite increasing fentanyl presence, more naloxone has not been needed for reversals.

Fentanyl: a comparison of blood fentanyl concentrations and naloxone dosing after non-fatal overdose

A word on naloxone dosing:

It is  not uncommon for bystanders to empty all their available naloxone into unresponsive people.  We regularly receive reports of  people getting 16 mg and 20 mg total doses from collected bystanders.

It is also not uncommon for people who are “dosed” (depressed consciousness) to receive naloxone when naloxone should be reserved for severe respiratory depression/apnea.

In Connecticut, we examined the rate of side effects (nausea, vomiting, agitation) from single dose intranasal naloxone administration for suspected opioid overdose in Hartford, Connecticut for the period of June 1, 2019 to December 31, 2019.  Here’s what we found:

6 patients who received doses of 0.5 mg and 1 mg via the intranasal route suffered no adverse effects.

Given the increase in side effects, high dose naloxone may cause hesitancy in people who use opioids to administer the antidote to their friends.  I have been on many scenes where people in withdrawal are extremely angry at their friends for having administered naloxone, as they kneel on the ground puking and cursing, and I have seen how this has deeply bothered their friends, and likely caused them to wonder if they did the right thing, if maybe they should have waited or tried more stimulation instead of robbing them of their high and putting them into excruciating withdrawal.

I told the committee these are the decisions that need to be weighed:

Will increased side effects from high dose Naloxone cause hesitancy to use naloxone in overdose?  We should listen to People Who Use Drugs.

Is there convincing data to show that 8 mg IN will save people that 4 mg IN will not?  There is not.

Currently we say wait 3 minutes between 4 mg IN doses.  If we go with 8 mg, are we saying to those who carry 4 mg that they should give both nasal injectors at once?  I don’t think so.

Who is pushing the need for higher doses?  Pharma versus Harm Reduction. Most harm reductionists I know are against the high dose naloxone, while Big Pharma is pushing for the higher dose products.

A couple of weeks ago, I met with a representative from a well known Pharma company who wanted to hear from me about how to combat the synthetic opioids that require more doses.  I told them much of the above, as well as sending them a copy of an excellent opinion piece by Lucas Hill published in the International Journal of Drug Policy.