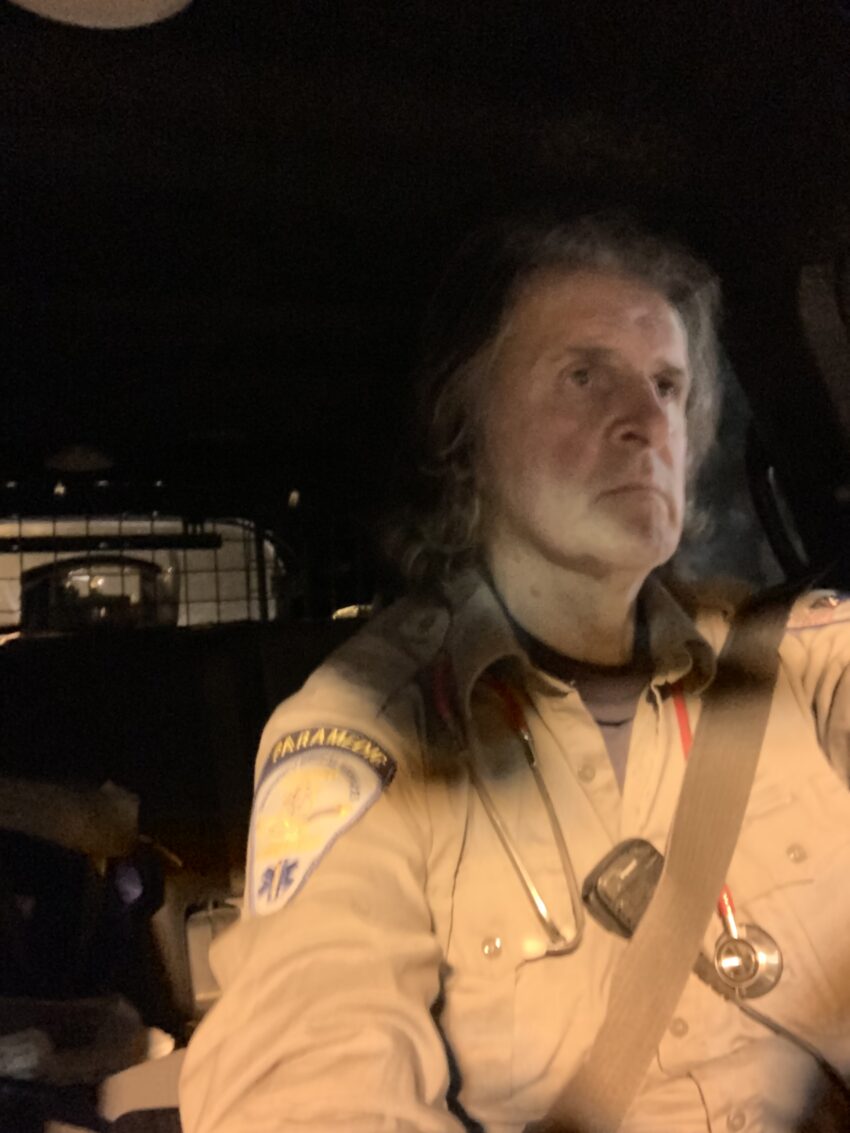 Thirty three years I’ve been in EMS now and if there is one line of advice I have for people starting out in the field, or just for life in general for that matter it is:

Don’t Be an Asshole

EMS is stressful and we are constantly in situations that may put us in conflict with others.  I sit in EMS rooms and listen to people bitch about coworkers, patients, patient’s families, dispatchers, nurses, doctors, police, fire, bystanders, management, the union, their spouses, the government, their sports teams, their health, the weather, etc.  Serious negativity.

Sure some of it is blowing off steam, but when everybody does it, expected conversation comes to be about who is having the worst day, who can be more negative about life.  You carry that attitude onto a scene and someone gives you a hard time, and it can quickly becomes about standing up for yourself by putting others down.  I told that nurse where to go.  I gave it right back to that patient’s family.  I told that addict to stop using drugs and wasting my time or he’s going to end up dead and good riddance.

I had to pull a young woman aside and talk to her about that.

Can’t we all just get along and show some empathy for our fellow human travelers on this earth.  Can we at least replace insults with humor?

When I had a negative partner, it inevitably turned me negative and I always went home in a bad mood.  The best partner I ever had was an older woman at the time who put cheery stickers in the ambulance, and always had nice things to say to everyone and was always to the patients even the grouchy, miserable ones.  I loved working with her.  She didn’t wear me down.  I had another great partner who was always quick with a joke, who knew how to defuse tension, and who made coming to work fun just like two buddies hanging out, marveling at the crazy wonderful and diverse world we find ourselves in. Now, I work in a fly car by myself. It is lonely at times, and if I feel negative, I can only blame myself.  And if I am positive, then good for me.  Be happy.

I’ve started watching this show on AppleTV called Ted Lasso.  It’s about a man (a coach) who is optimistic, who believes in giving everyone the benefit of the doubt, who has a big heart, knows that no one is perfect, including himself, and has the emotional intelligence to recognize it is not all about us, but more about what we can do to make others’ lives better.

I want to be like this man.  I am trying but not always succeeding.  Yesterday I was abrupt with a woman, who screamed at me, her spittle coming close to my face, for not putting oxygen on her family member, who was having an anxiety attack.  “He doesn’t need it,” I said.  “His oxygen is 100% and his lungs are clear.  He’s speaking in full sentences.”  “Well, I’m in the medical field, too.  You need to do something.” I said nothing more to her, but I could have been more reassuring, my tone less strident.  Later, a  man leaned out of a second story window and told me I was too slow getting out of my vehicle, not understanding I had to put myself out with dispatch, unfold my long legs to step out of the car, put on a face mask, then open up the back hatch to grab my house pack, my heart monitor and unlash an grab an oxygen tank, and then navigate and uneven cracked stairway up to the building door.  “Hey, I shouted to him.  “I’m the first one here, cut me a break!”  I didn’t need to say that.  I should have just left it alone.

On the positive side, all day long, I let cars cut me off.  I waved them in.  I looked every first responder in the eyes and focused on them when they gave me their reports.  I said thank you to many people.  All of my patient handoffs at the hospital were professional with some joviality thrown in.  I responded to a woman down, only to find the woman alert and crying sitting on the curb, leaning against a street sign.  She did want to go to the hospital and apologized for bothering me.  She said she needed detox, but did want to go to the ED because she would have to lie and tell them she was suicidal, which she wasn’t.  I gave five dollars and wrote her walking directions out on how to get to the harm reduction center where they could help her.  I didn’t blame her that she never made it there. Instead of immediately exciting a house after calling the time on a woman who sat cold, stiff and lifeless in her favorite chair watching TV,  I stopped and said a few words to her son. I asked him what he most remembered about his mother and listened as he told me of how she sang to him when he was a child.  I didn’t get angry when the dispatcher didn’t acknowledge my requests to go in for my crew change like an old partner of mine used to. She was probably busy with work I could not see. On the third request she answered and sent me in.   Dispatcher is a thankless job.

When I finally made it to the base, I gassed my vehicle up, restocked my supplies and turned the car over to my relief.  After I punched out, I stopped at the grocery store and bought chocolate for my wife and ice cream for my daughter.  When I got home, I did not snap at them when they did not acknowledge my “I’m home!”  I showered and sat down with them, and when their show was over, we watched another episode of Ted Lasso, where he makes a surprisingly kind and human gesture to someone expected.

When I come home on Friday’s, my wife knows I can be touchy.  The pace of the city and being in the rapid response car is relentless and at my age it tires me out, and when I am tired, I can get a headache and be quite irritable, but I wasn’t last night.  I was grateful for my life and family and for work that is rewarding and for those in the world who show the way, how to be good to others and not be an asshole.

As we watched Ted Lasso, I asked my daughter what she thought of him.