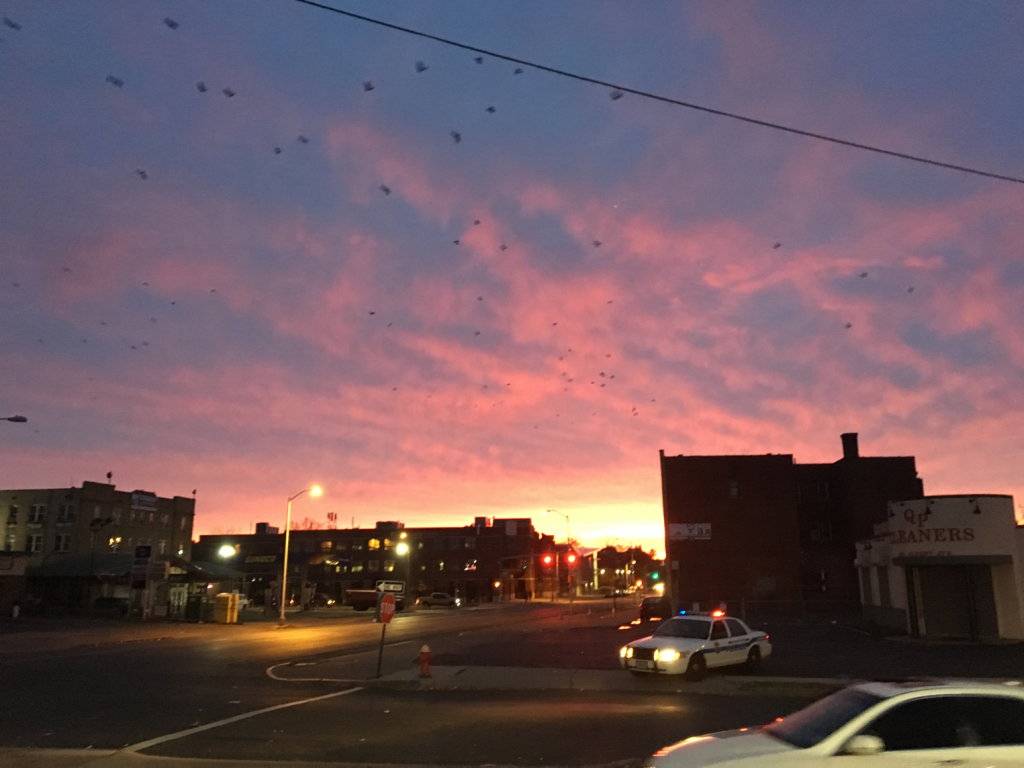 “You’re covering the city,” dispatch says to us, when we clear Saint Francis after an early morning cardiac arrest.

We park on Albany Avenue. The sun isn’t up yet, but the black birds are stirring.  We’re on for another ten hours.  By midday, we’ll have twenty ambulances on, but right now it is only us.  The others are calls-an asthma on Martin Street, a diabetic on South Whitney, and two early dialysis runs.  Another ambulance is at the base doing a crew change.  The rest sit parked in neat rows in the cavernous garage, waiting for their crews, still asleep, to rise and slowly make their way back in.

The avenue is quiet.  A cop sits across the way waiting like us.   From Park Street where the coffee at Cubanitos is being put on to brew and the days bread just starting to come out of the oven north to the Bloomfield line, where early workers are trodding to the bus stop along Blue Hills Avenue; from Prospect Ave where the governor sleeps in mansion East to Interstate 91 that runs along the river, where traffic is still free flowing, that’s the territory we are covering.  From restless newborn baby to dreaming old man, from those with newspapers filling their shoes to the ones who wear silken slippers, from homeless shelter to crowded apartment complexes to nursing facilities to single family homes to those under the bridges, anyone at all who is sick or hurt and dials 911 in this area of ours, we are the ones who will respond.

People ask why I like being a paramedic. It is quiet moments like these, watching over the city whose streets I have worked for over a quarter century.

Peace to all.  Stay safe.