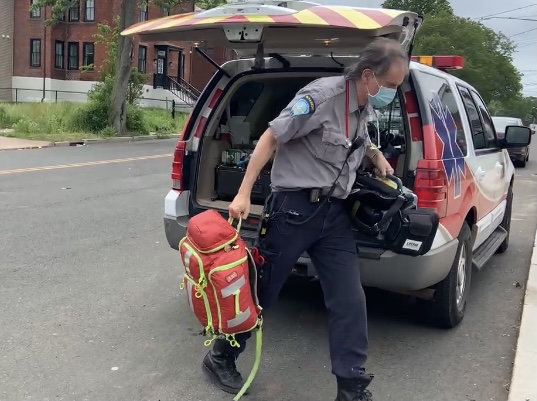 For the last year I have worked primarily in a rapid response vehicle or “fly car.”  There are many benefits to such a position.

There are some drawbacks:

When I see people who are out of street EMS and they all say how much they miss it and how those were often the best times of their lives, they are n’t talking about the calls; they are talking about the camaraderie, their old partners, about laughing, and bitching and story-telling, about being a part of a unique group of people, at a unique point in time.

In 2005, I wrote a post called Old Partners about working a shift with one of my old partners.  Here is an excerpt:

“We do six calls.  It’s hard to even remember what they are.  After a while the job sometimes doesn’t even become about the calls.  It is about the people you work with, driving the streets, the things you eat, what you talk about.”

As I get closer and closer to the end of my ems career, while I will miss the medicine and the calls, I already miss the camaraderie of having a regular partner, someone who you will get up before dawn to go to work with even when you are feeling crappy, even when you say you hate the work.  You don’t want to let your partner down just as they don’t want to let you down.  When your partner is punching in, after they warned you they might not make it to work because they were feeling so bad or had some emergency they might need to attend to, you know now that they are there and that no matter what happens, the day will be okay because they are there.  That is the true heart of EMS.