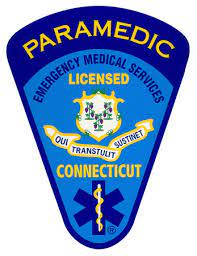 A recent article in JEMS argued for an EMS system model, heavy on BLS with just a few experienced medics, similar to the model used in Boston.  The article revolved around an anecdote where two experienced BLS providers helped save a man with a ruptured appendix, by transporting him rapidly to the hospital.  The article suggests that if a paramedic had responded, the medic might have put the patient in danger by spending time doing paramedic things that might have cost time or in other ways harmed the patient.

I have worked for a private ambulance company my whole career, but within that sphere, I have worked high volume 911 as one of only a few medics on the road to working in the same system in later years with a medic in at least half of the ambulance, and occasionally working double medic, to working as a fy car medic doing only 911s, to being a single medic working with a volunteer crew as the primary ambulance in a busy suburban town.

Here are my thoughts.

Working as a single medic I got a ton of experience, and learned to rely on myself.  But admittedly when I was a new medic, a few calls were overwhelming for me.  I lacked the experience that I have today that might have led to better outcomes in some cases.

Working as a double medic, I got to watch other medics and learn new styles, and I have someone to run my thoughts by.  Sometimes It’s great having another medic working a cardiac arrest with me, but at times I feel that two medics leads to a lack of decisiveness or even sometimes, a dispute about care.  I don’t like it when the other medic gives bicarb or naloxone on a cardiac arrest when it is not, in my view, meritted. I like to do things my way, although when working with another medic, I seldom interfere when it is their turn to tech, as long as they aren’t about to kill someone.  Every medic has a right to their own style within reason.

Working as a fly car medic, I intercept with BLS all the time, and I realize how few calls medics are really needed on.  Sure there are calls where I do routine ALS, but I don’t feel my presence particularly provides care that couldn’t wait until the hospital.

I think of what my old EMT instructor used to say, “Never forget that your job is to put people on the stretcher and take them to the hospital.”

It is unrealistic to expect a paramedic is going to be needed on every call. EMTs can put people on the stretcher and transport them safely in most cases, but I still would rather have a person with more education than less taking care of a patient–and when a medic is needed, and sometimes, one truly is, it is nice for the patient to have a medic right then when it makes a difference — a patient in a lethal rhythm, a patient drowning in their fluids, or a patient with an excruciating injury. This is better than having to call for a medic and hope is available or close enough by to make a difference.

As far as the argument that a medic might damage a patient by trying to do too many medic things, or wasting valuable time by trying to do skills instead of transporting, of course this has happened, but it happens less in systems with good education and good quality assurance, than in those that don’t closely review ALS care.

I would also support giving basic EMTs a broader scope of practice.  I don’t see any reason why BLS couldn’t give certain medications.  Oral Zofran.  Liquid Benadryl.  Albuterol. Even injectable prefilled morphine or fentanyl.  Here in Connecticut, I helped write the policies that led to BLS Naloxone and BLS CPAP.

There are many systems.  The best ones will keep experienced people in the seat rather than anyone who walks through the door with a pulse looking for a job. Key to all of this is decent pay and benefits for all levels of EMS providers.  One of the drawbacks to a heavily BLS system is that high turnover that results in too many inexperienced EMTs working together. My first cardiac arrest I was with another brand new EMT and it did not go well, just the two of us having to work and transport the patient to the hospital.  Our service didn’t have paramedics.  My partner didn’t last long in EMS. I’ve heard he ended up working on cars and makes a good living providing for his family. Nice man. And here I am over thirty years later still taking care of patients, still trying to improve, still thanking those early patients for the lessons they taught me, for making me better to help someone else more than I was able to help them.