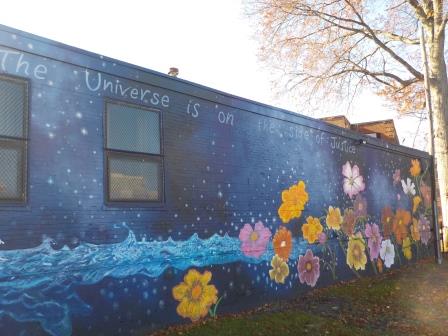 This past week in Hartford, a 13-year old boy brought some bags of fentanyl to school.  He later collapsed and received CPR from a school teacher.  EMS arrived and resuscitated the child, who died two days later in the hospital.  Bags of fentanyl were recovered from the scene and the boy tested positive for fentanyl.  Two of his classmates were also transported, but media reports were unclear whether or not the boys also used fentanyl or were merely exposed to it.

A search of the grounds with drug sniffing dogs revealed 40 other bags of fentanyl hidden in various places in the school.

It was a tragic event.

The paper referred to the death as an overdose.

His death was a poisoning.

Our drug supply is poisoned.  The problem with heroin/fentanyl in Connecticut is that no one can tell the potency of any individual bag.  Fentanyl is sold on the street here in small glassine envelopes mixed with a great amount cut. Each bag goes for $3-4 A typical bag may only have 2% fentanyl in it.  But each bag is a surprise.  Because of fentanyl’s tendency to clump and because the products are not mixed in pharmaceutical laboratories, a bag might have no fentanyl in it at all or it could have 12% fentanyl or ever greater.

This is why people are dying.  The drug supply is unsafe. It is not safe for experienced adult users and it certainly isn’t safe for experimenting 13-year-olds. The crisis needs a public health response to mass poisoning, not more law enforcement.

There are more drugs on the street than ever before and they are more dangerous.

Reasonable people need to consider what were once considered radical alternatives.

Safe supply means prescribing people at risk of overdose pharmaceutical grade drugs so that when they use they know the dose and can avoid overdosing.

If drugs are decriminalized, people won’t feel compelled to use alone and in the shadows where they are often found too late to save.

Safe Injection sites are places where users go to use their drugs under the watchful eyes of either health professionals or people with experience who are there to resuscitate them if they overdose and are there to establish connections and help people who are ready for help and treatment.

Affordable naloxone available without a prescription.

Naloxone must be easier to obtain.  It should be present anytime someone has the potential to use an opioid and it should be affordable to all.

People need to know why fentanyl is dangerous, and if they are going to use drugs, how to use them safely.   Never alone and always with naloxone present. At the same time we need to end the false information that touching fentanyl or being in the presence of fentanyl can be deadly.  This disproven myth can prevent bystanders from assisting persons overdosing out of false fear that they are endangered and further stigmatize those who do use.

End stigma. Reduce Harm. We need to show love to all members of our community, including the marginalized, instead of ostracizing them.

The people on the frontlines need to work together not just in the street, but in the halls of power so real change can be made.

Police: Teen who overdosed on fentanyl at Hartford school has died