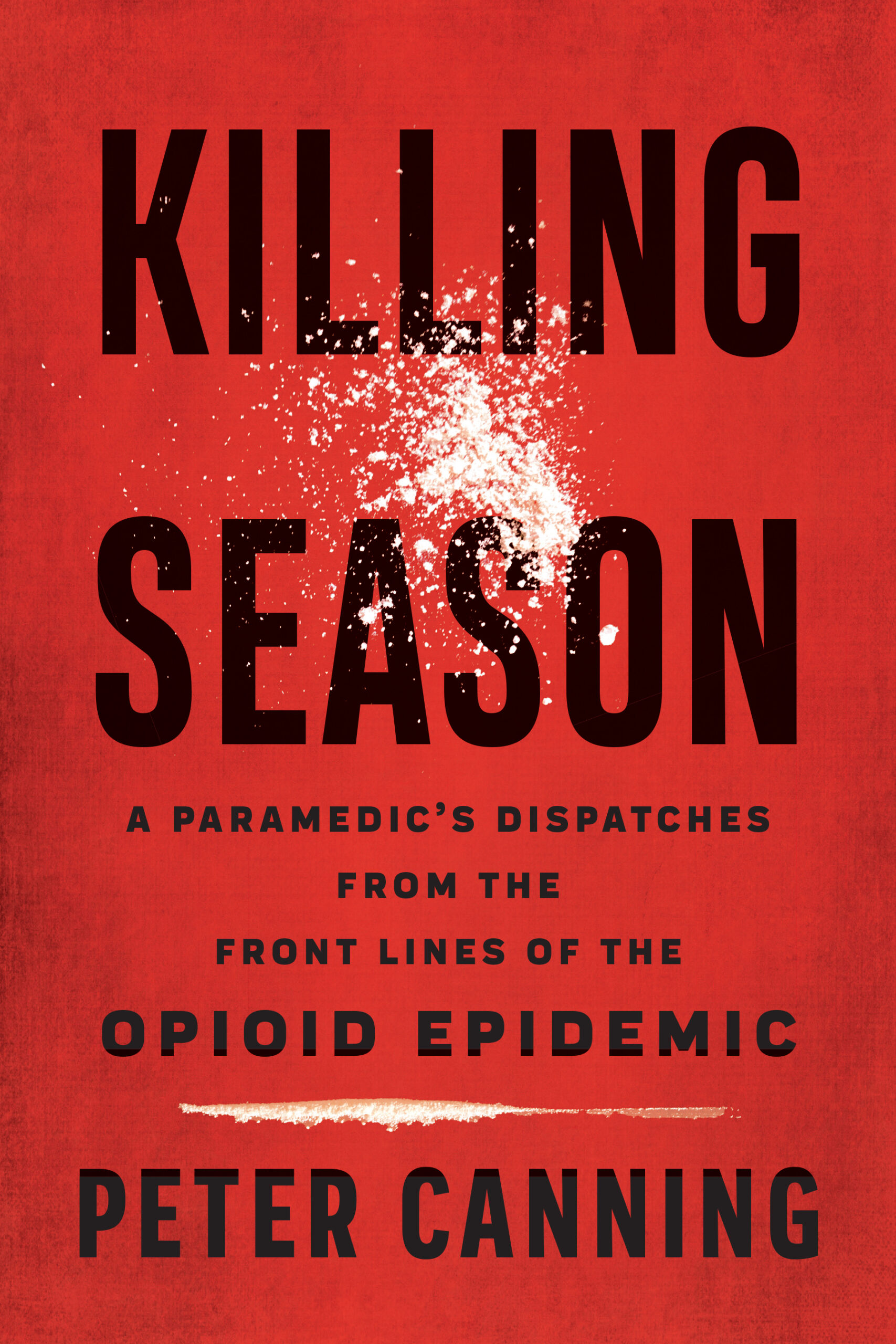 As many are aware, recently in Hartford there was a tragic fentanyl overdose at a Hartford middle/secondary school that resulted in the death of a 13-year old and two other 13-year-olds being transported to the hospital after being “exposed” to fentanyl (Police: Teen who overdosed on fentanyl at Hartford school has died).  The news reports didn’t, or weren’t able, to provide the details of whether or not “exposed” meant they had used the drug or were merely suffering from anxiety effects of being near the drug.   It is likely the HIPPA laws, as well as the boys being minors, kept detailed information about the incident from being disclosed to the public.

In the aftermath the school became a hazmat scene and students reportedly had to walk through a bath of Oxiclean before leaving the school, which was closed for several days.

The police department issued a short press release that said, “Recently, The Hartford Police Department recovered fentanyl that was packed for street level sales. This particular recovered fentanyl was forensically tested and found to be approximately 50 times more potent then what has regularly been found and tested in New England regions. The strength and potency of this product can be deadly to anyone coming in contact with it, including absorption through the skin.”

When I read the part about “absorption through the skin,” I said oh, no.

I have been writing about fentanyl hysteria since 2016 when the DEA came out with a video of two police detectives describing their near death experiences after sealing a baggie of the drug, some of it “poofed up” into the air, and the detectives ended up inhaling it, and thought they were dying.

One detective described how, “I felt like my body was shutting down.” The other detective said, . “People around me say I looked really white and lost color. And it just really felt like . . . I thought that was it. I thought I was dying.” The first detective added, “You actually felt like you were dying.”

As I watched it, I thought about being a paramedic for more than twenty years. What they were describing didn’t sound like an opioid overdose. People who use heroin describe it as the most wonderful feeling they have ever experienced. Their description sounded like anxiety that they might be dying.

A year later the DEA updated its video. This time Chuck Rosenberg, the acting administrator of the DEA, proclaimed, “Fentanyl is deadly. Exposure to an amount equivalent to even a few grains of sand can kill you. You can be in grave danger if you unintentionally come into contact with fentanyl. It can be absorbed into the bloodstream through your skin.”

The DEA also released Fentanyl: A Briefing Guide for First Responders. It included the following passage:

“Personnel should look for any cyanosis (turning blue or bluish color) of victims, including the skin or lips, as this could be a sign of fentanyl overdose caused by respiratory arrest. Further, before proceeding, personnel should examine the scene for any loose powders (no matter how small), as well as nasal spray bottles, as these could be signs of fentanyl use.Opened mail and shipping materials located at the scene of an overdose with a return address from China could also indicate the presence of fentanyl, as China-based organizations may utilize conventional and/or commercial means to ship fentanyl and fentanyl-related substances to the United States.”

I had to read the passage several times to make certain I understood it. I focused on one key phrase: “Before proceeding” The DEA was saying that before treating a person with agonal respirations–someone moments from dying–emergency personnel should check the scene for packages from China.

I wrote in this blog, “If a patient is unresponsive and cyanotic, breathing two times a minute, unless they have fallen into a Scarface mountain of powder or any amount of powder that I think might compromise my ability to perform my duty of saving their life, I am going to put my gloves on, don my N-95 mask, grab my bag-valve-mask and start breathing for them. I am most certainly not going to wait to treat the patient until after I have scoured the cluttered room for hidden packages from China.”

Scene safety was important, yes, but unless you are in a legitimate hazmat scene, it is misguided to let a person die while you look for possible powder that, if left undisturbed, will not harm anyone. If, on the other hand, everyone on the scene is either unmoving on the floor or the powder is so thick on the ground that you can leave footprints in it, then I am going to turn around and exit.

I wrote an extensive chapter on fentanyl and provider safety in my book, Killing Season: A Paramedic’s Dispatches from the Front Lines of the Opioid Epidemic.

While I have commented and continue to comment on continually more fentanyl hysteria episodes around the country this one was in Hartford — in my city.  Not only that, it was the third incident in Hartford where exposure to fentanyl made national news.

In September of 2016, 11 members of the Hartford police SWAT team were taken to the hospital after being exposed to fentanyl when a flash grenade caused fentanyl powder to become airborne (11 Hartford SWAT Officers Exposed To Heroin, Fentanyl During Drug Raid).  In 2018 during a drug bust when a dealer tried to throw a bag of fentanyl out a window that turned out to be closed, powder went into the air.  A few of the officers ran outside, demanded to be administered naloxone from ambulances and then once dosed, they went back into the scene.

Clearly the message that fentanyl cannot be easily absorbed through the skin, or in the lungs by casually breathing in air, in amounts sufficient to cause overdose, has not gotten through despite The American College of Medical Toxicology (ACMT) and the American Academy of Clinical Toxicology (AACT) releasing a definitive joint statement in December 2017 that declared  the risk of “clinically significant exposure” of fentanyl to first responders is “extremely low.”

I spoke with my friend Mark Jenkins of the Connecticut Harm Reduction Alliance about the latest news report and he was equally upset.  The problem with fentanyl hysteria is it can cause first responders and laypersons to avoid or delay assisting people who are overdosing.  Also, by branding people who use fentanyl, as dangerous and a threat, it further stigmatizes users, pushing them further away from acceptance into the community to which we all belong.

Mark and I and several doctors met with the Mayor, the police chief and other officials on a zoom call to discuss the city’s response  While the city had already started to take some heat, in the following days the city would take even more, including a knock down article in Vice (A 13-Year-Old Died of a Fentanyl Overdose. Experts Say the Response Was ‘Theater’) and finally, an article (What is fentanyl and can touching it kill you? Doctors dispute police warning) in which Mark and I were interviewed in the Hartford Courant along with two prominent toxicologists.

I am not writing this blog post to further pile on.  I am writing it to provide some insight into why city officials act the way they do in these crises.

City officials are doing what they believe is in the best interests of protecting their city and in this case children in the city.  The problem is where they are getting their information.  The DEA (!) told the police department that fentanyl can be absorbed through the skin and the school’s contracted cleanup service advised having the kids go through the Oxiclean wash as well as doing a deep clean in the school that kept it closed for several days. Who are they as laypeople and elected or appointed officials to disagree with these “experts?”

While Hartford issued no official statement of retraction about the dangers of skin absorption, in the recent Courant article, the police spokesman said. “We’ve always had training bulletins and things that [said] you’re not supposed to touch this stuff because it can be absorbed through the skin. Apparently that is no longer the case.”

Subsequently Mark and I presented before the Hartford City Council as part of a larger talk about the opioid crisis.  The council members appeared to me to be truly concerned about the epidemic and eager to get the best information available.

Cities should not rely on law enforcement for all answers about dealing with the opioid poisoning crisis.  State and local public health agencies must take a larger role in ensuring that the proper information and messaging gets out and eliminate detrimental hysteria.