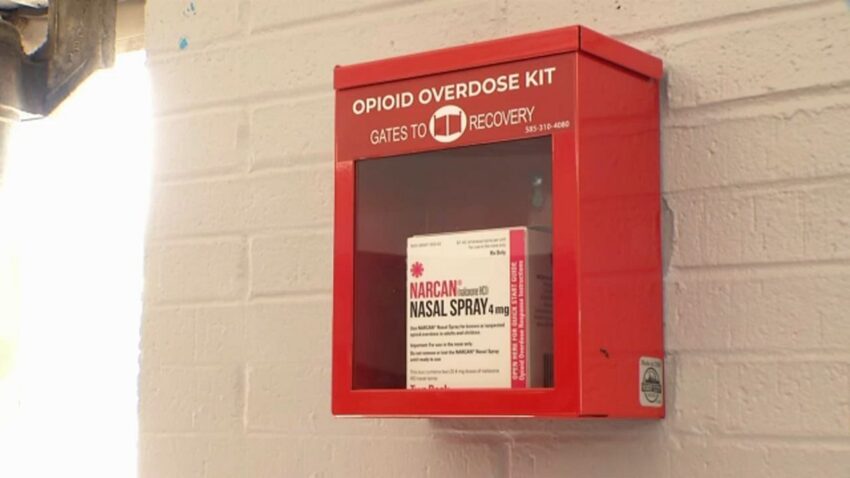 Several years ago I sat in a meeting of an overdose committee and listened to a woman argue that we should have naloxone in all the middle schools.  I am a data person and I pointed out that middle schools are not where people are overdosing.  If you only have a limited amount of resources, you want to put those resources where they can do the most good.  On the rare occasion you might need naloxone in a middle school 911 is just minutes away.  Police, fire and EMS all carry it.  Someone will be there quickly.

A week ago a middle schooler (13-years old) in Connecticut died of a fentanyl overdose suffered while in school.  There has been a subsequent outcry to require naloxone in schools.  As a friend of mine, Mark Jenkins, the executive director of the Connecticut Harm Reduction Alliance, pointed out, “You have fire extinguishers in schools, but how often do you see a fire in schools? We have to become proactive in making sure we have responses in case an overdose takes place because it’s a time-sensitive issue.”

I also agree with Mark when he says we need to saturate our city with naloxone. If I had a vote, I wouldn’t stand up and vote against having naloxone right next to the epi-pen in a school nurse’s cabinet.  But I do think there are alternatives or, if you want the naloxone in the nurse’s cabinet, additions.

If someone overdoses in a school, it is likely to occur in an out of the way spot– in a secluded bathroom or locker room, under a stairwell, or in an empty classroom.  Even if it does occur around others (for instance, a student snorts the drug and it takes several minutes to fully kick in during which the student goes from being alone to among others), if it is an overdose sufficient enough to cause an overdose requiring naloxone, the naloxone is best brought to the person rather than the person be brought to the nurse’s office, particularly is they are in respiratory arrest.   And nurse’s offices are not always accessible at all hours.  Many schools have defibrillators in publicly accessible cabinets.  The same should be the case for naloxone.  The second option is even more universal.  The more citizens who carry naloxone, the more available naloxone is when an overdose is discovered.  This is what Mark means when he talks about saturation.  If a teacher has naloxone in her purse or briefcase, the teacher may be able to get the naloxone to the student sooner than a first responder. The same teacher may carry that naloxone for a family member who has used opioids in the past in the event they overdose. That same naloxone is available if they happen upon an overdose in a shopping center parking lot. (I carry naloxone in my car and in my briefcase).

People can say naloxone saturation is expensive. Maybe we should look into ways of making naloxone cheaper as well as making it over the counter available without a prescription. Set it on the shelves next to the aspirin and cold medicine.

Connecticut SWORD data for the last two years shows that 16% of all overdose cases where 911 is called and EMS later reports the case to the Connecticut Poison Control Center, as required by law, the naloxone was first administered by a bystander.  In many cases this is a friend or family member but in other cases, it is a bystander or passersby, particularly when the overdose is  public.

Regardless, the case of the 13-year old is terribly tragic and the solutions go far beyond simply making naloxone available.

Education, in particular, telling people the true danger of fentanyl, is key.  The danger is not that fentanyl iself is bad, but that because of the way it is mixed, people who use it have no idea of the dose.  One bag of fentanyl does not equal the next bag of fentanyl.  People should never use alone.  If you are going to use alone, do so where someone can see you overdose and call for help.

It was announced this week that all Hartford public schools will have access to naloxone and school nurses will receive training in how to administer it.

Hartford plan to address student mental health and drug use to include Narcan in schools, resources for students and community

(Data from the state’s EMS SWORD reports to the state poison control center show that less than 0.8% of all overdoses are in patients 18 and under.  Most of these are 16-18 year-olds and 1-2 year-olds who accidentally get into drugs left around the house.  The number of overdoses in ages 3-14 and the number of overdoses that occur in elementary and middle schools is almost negligible.)