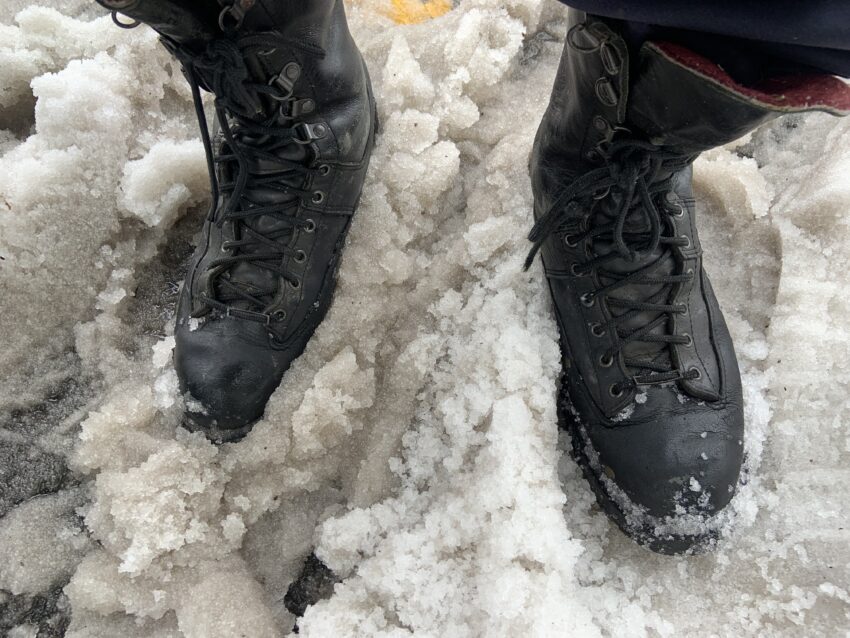 Someone you care about is graduating from paramedic school.  What is the best gift you buy them?

Only two choices in this exercise.  1. A high quality stethoscope with their name etched on it.  2.  A good pair of boots.

When I graduated from paramedic school, I bought myself a Littmann cardiology 2.  It was THE stethoscope to get at the time.  I don’t remember how much I spent, but it was over $150, which was a lot for me at that time.  I didn’t bother with the engraving.  I wanted the stethoscope because I wasn’t very good at lung sounds and I wanted to hear as well as possible.  I also wanted something to show I was professional. The Littmann Cardiology would show I was serious about the work.

When I lost the stethoscope after a year, I was distraught.  I had misplaced it a few times over the year, but it always turned up — left in an ambulance or at the hospital and joyously found and reclaimed.  When I truly lost it,  I bit the bullet and bought another one.  I lost that one too.  Next time I bought the cheaper Littmann Cardiology Classic, which was good enough.  That was the last stethoscope I ever bought.  Is it still hanging around my neck?  No.  I lost that one too.  Today I use a $1.98 stethoscope the kind our company stocks the ambulances with.  I can hear a BP with them.  I can hear a heartbeat and I can hear lung sounds.    Sometimes I also put the prongs* in the ears of an elderly hard of hearing patient and speak into the bell.  The $1.98 scope gets the job done well enough for those of us who are no good at keeping track of their stethoscope.

Now let’s talk about boots.  I don’t remember my first pair.  For some reason I think I wore mailman shoes my first year as an EMT.  Then when my new company provided us with a uniform stipend, I bought whatever the supply company had in stock.  I think the boots I purchased cost $125 a pair.  In 2007, after being in EMS 18 years and going through several pairs  of boots, I tried on a pair of Danner Fort Lewis boots for the first time.  Here’s what I wrote about them then.

Gortex, waterproof, insulated. Top of the line. I try them on. Nice. Walking in them it’s like each foot is wrapped in velvet cushions and I am being lifted up by lush princesses out of the Arabian nights. Good support too. $249 plus tax.  I figure I am going to be wearing them 60 hours a week every week on the calendar and every calendar year as long as my own soul doesn’t break away. You’ve got to take care of your feet and your ankles. So last night me and my new boots are on the job trudging through snow banks and puddles, carrying people down flights of stairs, answering calls. No blood or vomit on them yet. But already we feel like old friends.

Old friends indeed.  15 years later I am still wearing them, I even bought a second pair seven years later.  Both have been resoled so I always have a pair ready to go in case I misplace them, which hasn’t happened yet..  Not like stethoscopes, boots are hard to lose.

* Only after wiping the ear pieces with an alcohol wipe, of course.