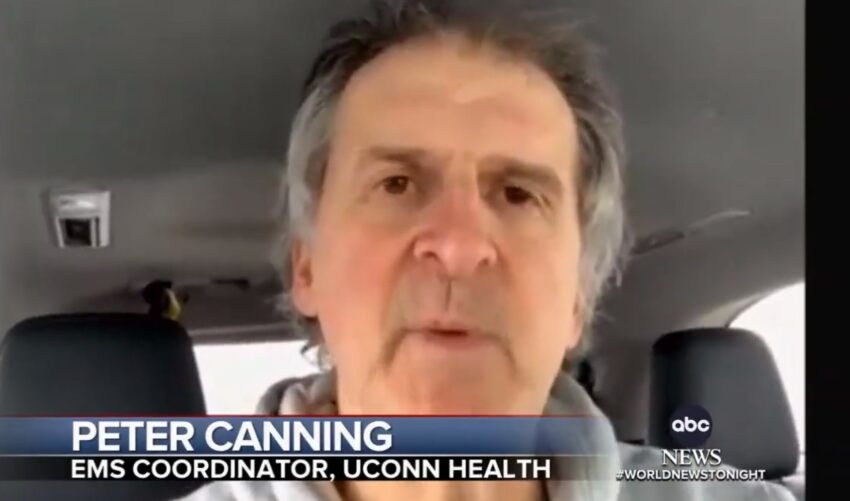 I have been interviewed quite a bit over the last year both as a result of my book, Killing Season: A Paramedic’s Dispatches From the Front Lines of the Opioid Epidemic, and my role as part of the state’s overdose surveillance system.  There have been times when I thought I was truly eloquent, but when I watched the interview on air, it came across as babbling.  Other times when I thought I had been babbling and inarticulate while being interviewed, thanks to editing, I felt I was brilliant and silver-tongued!

Recently I was interviewed for over an hour about the opioid crisis.  A couple days later someone told me they saw me on TV talking about EMS reimbursement as part of a story on response times.  When I saw the story, I was only on for about ten seconds.  I said something about EMS needing more reimbursement to help with stress.  Nothing about opioids.  I recalled the interviewer did ask me a few questions about response times.  I talked about how lights and sirens were rarely needed, and EMS systems should be judged on performance more than simple response times.  The angle of the investigative news story turned out to be that EMS response times were increasingly longer, putting lives at risk.  DANGER! DANGER! There was nothing about the true danger of overuse of lights and sirens, much less anything on the opioid crisis.    (Perhaps those comments will air as part of another piece.)

A couple weeks ago I was also interviewed by ABC World News Tonight about the fentanyl-laced cocaine overdoses in Florida that involved West Point cadets. The producer wanted to know about the dangers of fentanyl-laced cocaine  as well as the dangers to first responders of fentanyl exposure.  They contacted me when I was at a basketball game with my daughter.  I went out into the car and sat in the back seat where the lighting was better and held up my i-phone to talk to them via zoom. I talked for about twenty minutes –about the increasing number of cases we were seeing in Connecticut and how anyone using cocaine should get fentanyl test strips, and have naloxone on hand and never use alone.  I was asked about the people who did CPR allegedly suffering opioid related symptoms, and I dispelled that.  I told them the mortal danger to first responders of fentanyl exposure was a myth and how you couldn’t overdose by merely touching or being in the presence of fentanyl.  When the piece aired I was on for only six seconds with a short clip.  While none of my comments about responder safety appeared, the story did not focus on responders getting sick (they did mention some had been exposed), as was detailed in other national coverage of the story, so hopefully, my information helped shape their coverage into focusing on the danger of fentanyl to users and not to responders.

Sometimes when I appear on the TV news, I receive calls, emails and texts from friends, acquaintances and sometimes strangers who saw me.  When I was on World News Tonight, I only had one person say anything.  A guy who helps coach one of my daughter’s basketball teams texted me “Was that you on ABC news?”  “Yes.”  I texted back.  “You must have not blinked.”

Many in EMS find times in their career when they are interviewed.  I have a three tips.