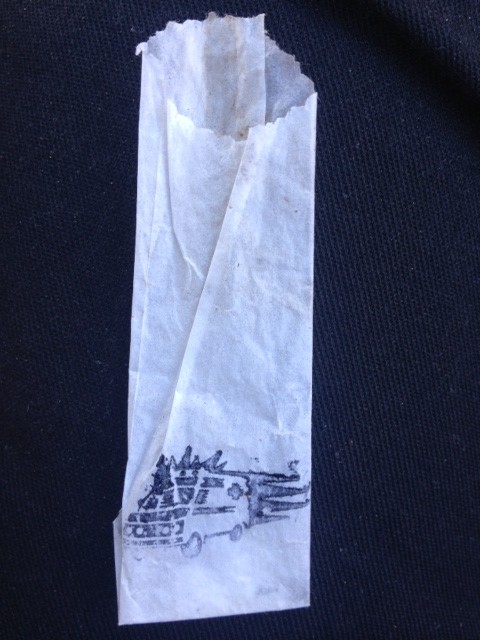 You are on scene of an overdose.  You have just resuscitated a man who was apneic and now admits to snorting heroin he was given by a friend.  He just got out of jail and hadn’t used for over two years.  You explain both the danger of the fentanyl that is on the street in place of heroin and the danger of his low tolerance for having not used for so long.  The man agrees to go to the hospital.  While you are looking around the scene, you spot two unused heroin bags on the dresser.  You hold the bags up to the light and can see the white powder in them..

What do you do with the drugs?  There are no police officers on scene.

Note:  Keeping them for yourself is not an option.

For many years, I would take the drugs and either put them in the sharps container, or give them to a police officer if one was on scene, or bring them to the hospital to show them.

My choice seems to be either leave the drugs there on the dresser or take them and dispose of them.

Years ago, we would take the user’s needle or needles and dispose of them too.  If we didn’t the hospital would.

This was all before I learned about harm reduction and the science of addiction and before I had started listening to my patients’ stories of how they became addicted, how they had normal lives before they were hooked.

I have long been an advocate at the hospital for the hospital staff to leave people’s needles alone.  I have even worked to help harm reduction groups provide hospitals with safe use kits to be given to users when they are discharged from the ED following their overdose.  But what about those two bags of heroin?

They don’t belong to me.  I am not a police officer.  What right do I have to take them and dispose of them?  When I am at the house of an alcoholic patient, I don’t open up their bottles and pour their Smirnoff down the drain. (I have, however, emptied the rum and vodka bottles of alcoholics I have found on the street, knowing that the ED would do the same).  Do I have a right to do that?

But back to what to do with those two $4 bags.

No one has given us instruction in this.

I decided to ask others for their opinion.

One of my harm reduction friends who works at the local drop in syringe exchange, an ex-user himself, was adamant.  I flush those drugs down the toilet.  It almost killed the man.  When he gets out of the hospital, he could use it again and die this time.  It’s the man’s life at stake!

Another friend, who uses drugs daily, said I should leave it.  It belongs to them.  They might appreciate having it.  Whether they use it or not is their right to self-determination.  Give them a talk about the danger, tell them not to use alone and have naloxone on hand.  But don’t steal their drugs.

What should a person do?