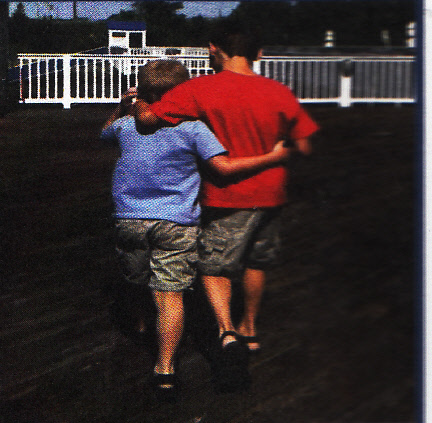 In EMS, we are eyewitnesses to the inevitable decline of the human body and to death. That’s why when a young person dies it shakes us deeply. They are not supposed to die. It is hard to disassociate yourself from such an event. On those rare occasions that my Pandora’s box of bad EMS memories comes open, the emerging spirits that haunt me are the sights and sounds of those scenes, burned into the memory of my eyes and ears, undiminished by time.

When we start in EMS, for many of us, we believe that what we respond to will not happen to us, but as we age, immortality slips away along with our bravado. In my 60s now, I do truly appreciate each day, individual moments seem wondrous, I marvel that I am still here. An old girlfriend of mine, a true love, used to play Elton John’s “I’m Still Standing” at the end of the night, as beer cans littered the room and her cigarettes ran out and our bold dialogues and our love made us feel like gods. She’s been in the earth nearly fifteen years now and I can still see her face as plain as the morning sunrise.

Two weeks ago, I heard terrible news. One of my best friends from years past, lost both of his sons in a car accident. I can not imagine the loss.

Tom Dudchik when I first met him was a rambunctious young man maybe just twenty, working for US Senator Lowell Weicker as a press aide in Washington back in 1982. Tom was the son of a postman in the working class town of Ansonia, a diehard Red Sox fan who enjoyed beer and loved politics. He had the gift of gab and knew how to wear a suit. One time he finagled himself onto a plane of Congressmen and top staff flying down to Florida to watch a space launch. He knew how to pick up a phone and make things happen. He was clearly going places. In 1982 and 1988, he served as Weicker’s advance man on his re-election campaign road team, while I drove the camper that carried the boss across the state from event to event. We were a tightknit group – Tom, myself, David Steinbrecher, Rust Muirhead and Doug Cutler. Rick Orluk joined us in 1988. We were the road show. In 1982, Doug was in charge. David and I drove the camper, Rust drove the backup car and Tom was the advance man. Tom was always there ahead of us with parking cones saving us a spot. He’d have gathered local dignitaries and would escort them onto the camper to talk briefly with the boss, then while we’d descend from the camper to walk the event — a fair, a parade, a business association gathering, or just shaking hands outside a busy supermarket — Tom would speed off to the next event. At the end of the day, after we’d brought the boss back to his home to rest for the next day, the road crew would go out for late dinner and beers, and talk about what we’d do after the election. I was going to go off and be a writer, Tom was going to enter politics. David went to law school, Rust finished college and then went into business, Doug became a mainstay in his small town’s government. (Both David and Doug have since passed on — far too young). Tom – good to his word- knocked on every door in his district and got himself elected state representative. He remained a top aide and confidant to Weicker. In 1991, he served as Deputy Commissioner of the Department of Environmental Protection and then became Deputy Chief of Staff for now Governor Lowell Weicker. When Weicker’s term ended in 1995, Tom was a shaker and mover in a number of enterprises, including being a top executive in a software startup. Then in 2011, he started Connecticut’s preeminent political news web site, The Capitol Report, and became a well known and Emmy nominated TV commentator on events in the state, hosting a TV news show of the same name, The Capitol Report .

I most remember the times years ago when we were still young and we shared beers at Fenway Park, or after a basketball game at the YMCA where he wore an old fashioned knee brace that resembled the wheels of Ben Hur’s chariot and when he drove to the hoop, he truly sliced through the defense, or at the Polish National home in Hartford, a great out of the way bar where you could get authentic food cheap and cold draft beer. We talked about work, about women, about sports, about the future. After one night drinking, like only true friends, we ended up wrestling each other on the street. I remember having beers after Weicker’s 1988 stunning and razor-thin election loss when it seemed like the whole world had punched us in the face, and then again in 1990 when we signed back onto to the Weicker campaign team and Weicker won the governorship as an independent, and we were redeemed. We had beers together at wakes for lost old friends and coworkers, and we drank together in Ansonia after his father died.

It was never about the alcohol, but about the friendship, sitting together talking about the world, marveling about both its glories and cruelties, wondering what the future held for each of us. I enjoyed just listening to Tom talk. His words were often rapid, intelligent, and usually funny as hell. I admired Tom because he was a self-made man. He willed himself into becoming what he dreamed.

Though we rarely saw each these last 25 years, other than the 5 year birthday anniversary lunches Tom put together for Weicker and old friends and staff, he helped promote my book, even getting me an interview on his TV station.

A number of years ago, Tom and his wife Nora decided to adopt children, becoming foster parents to two neglected young boys. They were four and seven, and he and his wife made them a home and raised them into fine young men filling them with caring and love. He was, by all accounts, a great Dad. Dick Benson, another long-time Weicker aide, who was on the original 1976 campaign road show, told me Tom did wonders for his boys.

The boys grown into young men, now 19 and 22, were passengers in a car that went off the road sometime in the night and they were not discovered until the next morning.

The funeral service last week was on a beautiful spring day. I stood outside the church with the overflow crowd, watching Tom give a stirring eulogy for his boys on a big screen set up by his TV station and also streamed live to the state.

I was proud of him.

Tom has turned the tragedy into a call for others to consider adopting.

His boys made a difference in his life

He made a difference in theirs.

We are put on this earth to love.

Tom and his wife, Nora, are proof.

I urge people to heed Tom’s call, and consider adopting a child in need.

You can call 1-888-KID-HERO for more information.

There is no greater gift than to love and be loved.

Those of us here still standing know this.

Memorial donations may be made to the Robert and Anthony Dudchik Memorial Fund at Sun Scholars, an organization dedicated to improving the college & career outcomes of foster and adopted youth.

(photo above of Robert and Anthony Dudchik)