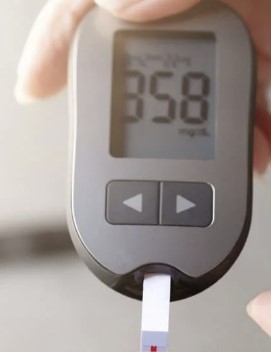 The patient is lying under the slide at the playground jungle gym.  It is a blistering hot day and this may have been the only shade she could find.  She is unresponsive, cyanotic and breathing agonally.  Her pupils are small.  From the hard lines on her face and poor dentition, I surmise a life outdoors is not new to her.  She takes an oral airway no problem.  As we ventilate her, I try to gather some information from bystanders.  No one knows her.  The kids say she has been under the slide all day.  They thought she was sleeping.  She’d been there at least four hours.

By this time we have her in the ambulance.  A look through her pocketbook finds a recent visit for a broken hand.  No history of diabetes.

Her breathing has picked up and she is no longer blue.  Her pupils are not large, but she is still unresponsive. And she is tackying out in the 130’s.  I run through the differential diagnosis.  Opioid Overdose.  Heat Injury.  DKA.  While her respiratory rate has picked up, her lungs are filled with rales, and her Sat is still in the low 90’s.  Noncardiogenic Pulmonary Edema?  I decide to slip an Igel in.  I take the oral airway out, then put in the IGel.  I finally get a gag reflex.  I sit her up some and put her on a nonrebreather.  I ask her to squeeze my hands, which she does.  Equal grips.  Are you a diabetic? I ask.  She shakes her head, but is still too groggy to answer my other questions.

Out for 4 hours, I don’t expect her to snap to as rapidly to narcan as someone more recently overdosed.  Her brain is likely still stunned.  We roll into the hospital as a medical alert.

When we wheel the patient past the doctor who stands with arms crossed by the door, the doctor says, “Does she need narcan?”

I give my report and mention the high blood sugar with the patient not being a diabetic.  The doctor inspects the patient’s pupils.  “Pupils are dilated.”  She tries to talk to the patient.  “Did you use drugs?”  The patient shakes her head.  “Wow!  She’s been drinking.  Get a whiff of that breath!”  He announces to the room, “this isn’t an opioid overdose, this is alcoholic ketoacidosis.”

“Did you listen to what I said?” I ask the doctor.

The doctor ignores me.  “Get me a blood sugar and let’s start another line.”

I just shake my head and walk out.  What about was blue, now pink, was breathing agonally, now breathing 20 times a minute, small pupils now big pupils, says this is not an opioid overdose?

Fortunately now we are able to get follow-up at the hospital.  Patient had a blood alcohol of 114.  She tested positive for fentanyl and cocaine (which may explain the tachycardia).  She was admitted to the ICU, but left AMA shortly after being settled into her bed.

What about the high blood sugar in a patient not diabetic?

This was not the first patient I have encountered with an opioid overdose with high blood sugar.  Here is what I learned  from talking to toxicologists.

Many factors can cause hyperglycemia in a resuscitated opioid patient.

While checking blood sugar on an unresponsive patient is always a good idea, just because their blood glucose may read high, doesn’t mean their hyperglycemia is the cause of their unconsciousness.  If they are cyanotic, apneic, have pinpoint pupils and are in a neighborhood known for drug use, the primary issue is likely an opioid overdose.  Give them Narcan titrated to their respiratory drive.  If their sugar is high, give them some fluid, too. Low pulse saturation, give oxygen. Don’t let one value (Huigh Blood Sugar) keep you from seeing what is in front of you.