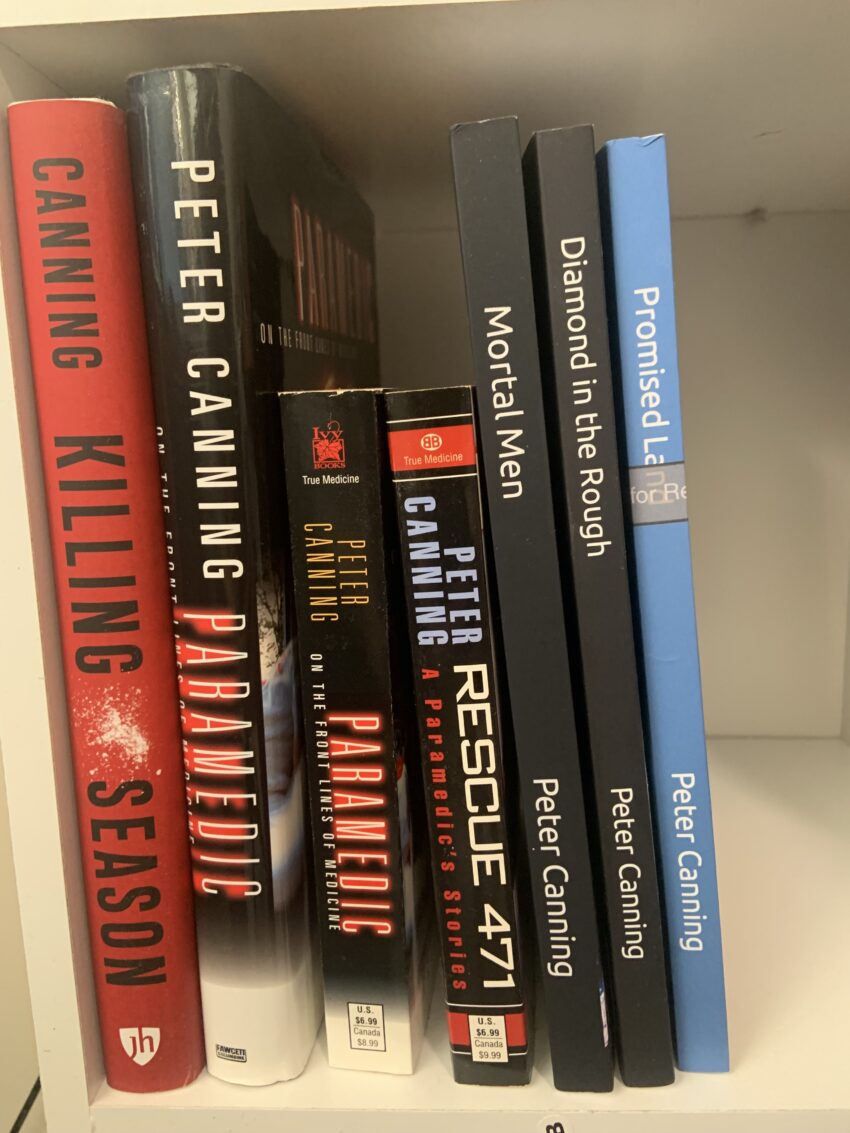 Time for Christmas Shopping. If you enjoy my blog, please consider buying some of my books either for yourself or friends. They are all available on Amazon or to order at your local bookstore.

Killing Season: A Paramedic’s Dispatches from the Front Lines of the Opioid Epidemic, (selected by Amazon as one of the best books of April 2021), is my latest, available in hardback, electronically, and on audio.

Paramedic: On the Frontlines of Medicine was published in 1997 and details my first year as a paramedic in Hartford. Rescue 471: A Paramedic’s Stories (2000) is the sequel. Paramedic was chosen by the New York Public Library as one of the best books of 1997.

Mortal Men (2012) and Diamond in the Rough (2016), both now available for the first time in paperback, are works of fiction set in Hartford. They are also available on Kindle.

Mortal Men: Paramedic Troy Johnson battles trauma and sickness on the streets of Hartford, Connecticut. When a fellow medic is shot to death responding to a 911 call, a grief-stricken Troy vows to avenge the death, while struggling to come to grips with his own mortality. Mortal Men examines the ancient bonding between friends and partners who count on each other to make it safely home. It provides a rare view into the real-life world of street medicine and into the lives of the men and women who fight its battles.

Diamond in the Rough: A grief stricken mother seeks a publisher for her dead son’s manuscript — the shocking tale of his wayward journey through the world of EMS. Tim Anderson is a troubled youth who becomes an EMT at Capitol Ambulance in the hopes it will help land him a girlfriend. He struggles to fit in with his new partners and not appear soft toward his sick and elderly patients. His downfall begins when he steals marijuana from a despondent college student in an attempt to curry favor with his new girlfriend. Soon, he is lifting wallets from drunken businessmen and picking money rolls out of the pockets of gunshot drug dealers to buy her gifts and fund lavish dates. Dealing daily with death and human decline, and tormented by guilt, he struggles to allow his emerging conscience to guide him on a path toward redemption that while not saving him from his fateful end, at least bestows him with grace. Diamond in the Rough is a lights and sirens tour through the world of emergency medical services that will shock and enlighten as it reveals the yearning heart of a most unlikely hero.

Also available, Promised Land: Ten Stories, a book of short stories I wrote in the years before I started working in EMS.

A collection of stories about men who venture into the world with bravado, battle fiercely for their place, and then struggle to find peace and a way home, Promised Land is alive with friendship, regret, grace and the soaring spirit of American dreams.

Thanks for supporting my writing.