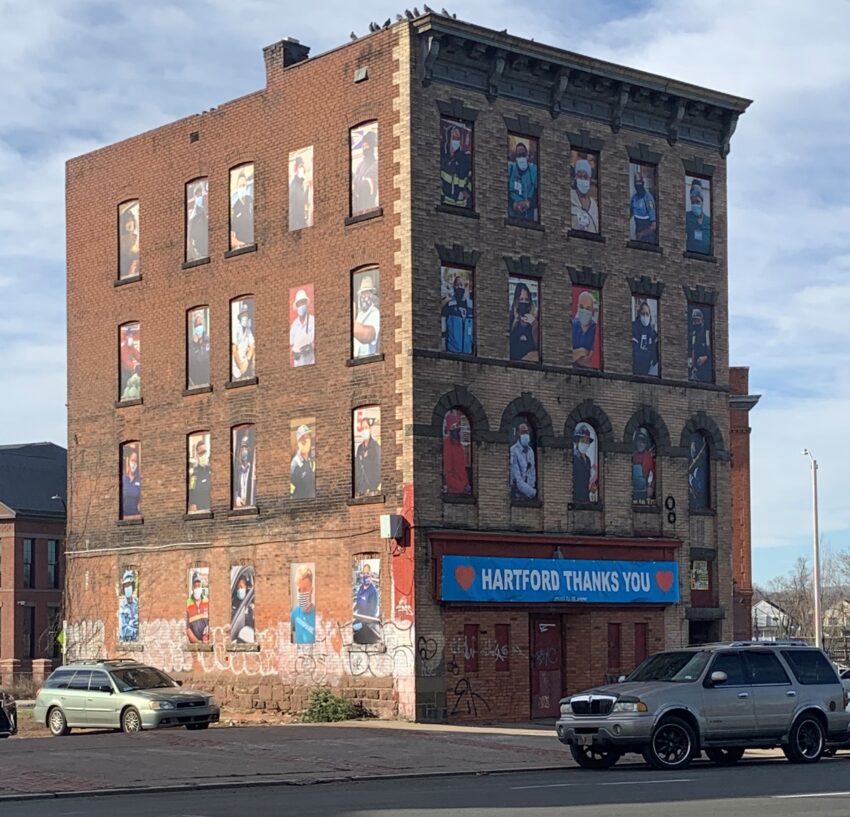 It’s Thanksgiving morning. I awake at 5:10, shower and dress, then open up the garage door to see a couple inches of snow on the ground. It’s beautiful, but I hate winter, hate the cold weather, hate driving in snow.

When I get to the base, I can see from the tracks in the snow by the ambulance doors. The night crew is out on a call. Ten minutes later I hear them clear with a presumption. I sit in the office and drink a diet coke while I read the morning paper.

This week a thirty-year-old female cop in one of the suburban towns was murdered by her ex-boyfriend, a state cop. We had two cars on standby while they looked for the shooter. They found him a couple hours later, also dead. The paper said he parked his car at a park, and then walked over to her house so she wouldn’t see him. He lay in wait for her and when she returned from work, he ambushed her, shooting her three times, twice in the chest and once in the head. He was supposed to turn himself into court today on a police charge, but instead he called his lawyer and said there was a change in plans. The lawyer got the message a couple hours later and alerted police. Her new boyfriend — another cop — came home and found her.

I knew her by face, not by name. I’d been on calls with her a few times over the six years. I remember when she first started working. She was gorgeous. It was hard to believe someone that good-looking would chose to be a cop. Lately I noticed she’d started to wear a bit more makeup around her eyes, her face seemed a little heavier. She never had much to say to us, at least on the calls I went on. She was all business. If she pulled you over, I don’t think you’d want to sweet talk her. I’m sure she had a warm side she showed to those who knew her.

The paper in the news rack the next day had a headline “A Cop’s Fury.” It had pictures of the two dead on the front. It made me think, you are here one day, and the next people are walking by the news rack with your picture on it, only you aren’t one of the people walking by to see it.

We did a call in her town this morning, and said our condolences to the two cops who were there. They had black bands over their badges. The call was for an old woman who said she had taken a handful of painkillers. She said she did it because she was stupid. She said her ex-husband and her doctor would be mad. I got the feeling from the cops they were at this house all the time for similar vague complaints of taking too many pills. “I don’t need this today,” one cop said to me.

All week I have found myself in idle moments thinking about the dead policewoman. I guess she probably never figured her death was coming that day. She comes home from work, sits down with computer and then suddenly there is the angry man in her house, gun drawn coming at it. Did she know she was going to die?

When do heart attack victims get that sense that right now what is happening — this sudden pain in their chest — might be their end? And car crash victims – they start to loose control and see the tree or the truck careening toward them?

Last New Year’s Eve another cop in the same department was gunned down at a domestic. I knew him too, but also just in passing. We’d been on calls together. A nice, big friendly man. He walked down the basement stairs and then shooter pulled the trigger on a machine gun. Did he have time to realize his end had come?

This summer a paramedic student who rode with me was on a jet ski with his girl friend in Florida when they were blindsided by a boat. I heard about it when I saw his obituary posted at the office. Did he hear the roar of the engine? Did he turn to see it bearing down on him? What did he think in those moments?

Last Saturday they held a memorial for a flight nurse who died in a helicopter crash 13 years ago. I was working in the health department at the time and remember the late night call I got telling me about the crash. I’d seen her around the ER a few times when I brought in patients as a volunteer EMT. And I had ridden in the helicopter as a third rider only a month before. The accident happened when the copter clipped a wire while trying to land near a highway rest stop, a rest stop that now bears her name. When the copter started spinning, did she know?

I don’t mean to be morbid.

The saddest thing about all these deaths is not just the fear they must have felt when they saw what was happening to them, but that fact that everything that would have happened in their lives and all the people they would have affected is just gone. The children they might have had, the things those children would have gone on to do, the memories – all of it vanished. That’s the tragedy.

Death happens everyday and we see it in this job, but it doesn’t impact as much unless it is one of us. You can grow immune to it until it comes close like it has again this week.

But I don’t worry as much about dying as I used to. I’ve lived awhile now and feel lucky to have made it as long as I have. If the deal was when I was born, I agreed to come out of the womb, but in return I would only have these 47 years, I’d take that deal anytime.

I have many, many years ahead I hope. But if I were to die today, if the door were to open and death were to be there, I would be terrified, but I can’t say that I would have been cheated. Life, with its share of sadness and disappointments, has been largely good to me. And today I am as excited about life and its possibilities as I ever have been, excited not in the wild way I was as a youth, but in the more realistic sense that I can enjoy the moments now and not just the thought of the goal.

I want to live fully and feel, for the most part, I have been. I work a lot, but I like my job and the money I make will help me keep doing what I love – being a paramedic, writing, going to foreign countries to help the poor, getting good seats to a Red Sox game every year, living in my house which I feel comfortable in, being able to eat a good steak, and drink a cold beer when I want without having to count nickels on the liquor store counter.

I have much to be thankful for today.

I hope I continue to live a full life and that the door doesn’t open for me any time soon.

Please not any time soon.

I don’t want my picture on the news rack, my obit posted on some bulletin board, people thinking, yeah, I knew that guy. We did a few calls together. I used to see him around.

Of the bunch only Anita and Zellie had what you would call full live spans. You could make a good case that EMS killed (or at least contributed to the deaths) of a number of these fine people.   I remember working with each of them like it was yesterday.

I hope everyone has a safe Thanksgiving.  Give thanks for what you have.  Stay safe, enjoy your closest family and friends.