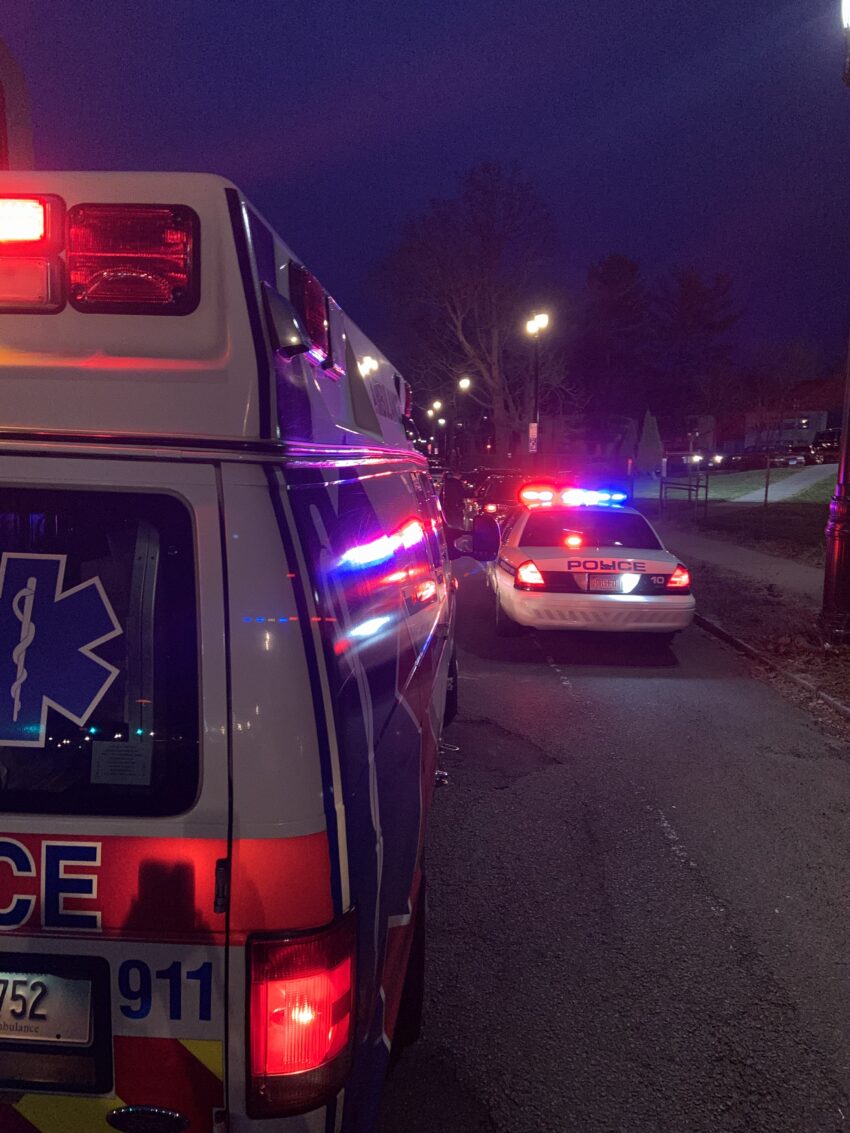 In 1988, from my second story apartment over a liquor store on Springfield’s Main Street, I watched a paramedic and his partner attend to the chaos at the accident scene below as the red strobes of their ambulance lights illuminated the street.  Then for just a moment, the paramedic, a tall roughened man in his late forties, looked up at me, standing there in the window.  Seconds passed, and then his partner handed him a Philly Collar, which he then carefully placed on the driver’s neck, and then they extricated the patient onto a long wooden board, and onto the stretcher, and then wheeled him over to the ambulance.  They picked the stretcher up with a two man dead-lift, and into the back.  The medic got in the compartment with the patient.  His partner closed the doors, and then got into the driver’s seat, and the ambulance drove off, siren wailing in the night.

I went to EMT school that winter ( I was out of work at the time), and three months later, I was hired by a small ambulance company (5 ambulances, only three on the road at a time).  I did a mutual aid call into Springfield one afternoon for a multi-patient motor vehicle accident and that same paramedic was there.  He stopped me while I was putting my patient on a board and took the old man’s coat off before laying him down.  He never said a word, but he nodded to me with a hint of a smile like he understood I was new to the work.

I don’t know whatever became of him.  My company went out of business and I ended up moving down to Hartford and working there.  Every so often I’d do a call that would take me up to Springfield (now Baystate Hospital).  I saw him there outside his ambulance a few times, but that was decades ago.  I hope he had a good life.  EMS is not always kind in the end to those who have worked its streets for so long.

I think about him every time I take someone’s coat off before laying them down on the stretcher. And I do wonder what he thought that night long ago of the stranger standing up in the window, looking down on the street scene.  He probably was just lost in a momentary dream of his own, and never actually saw me at all.  But I like to think that he did truly see me and that in his mind he said to me, “Come out on and join the fun.  It’s not the worst life.  Maybe you’ll like it.”

Thirty-five years later, I’m still out here answering the siren song.  At times I have paused myself and met the eyes of a curious onlooker.  “It’s not the worst,” I say to them in my mind.  Come on out.  Maybe you’ll like it.”